GARRISON UPDATE: Tallon Says Panthers Have Made Offer; Will He Sign? 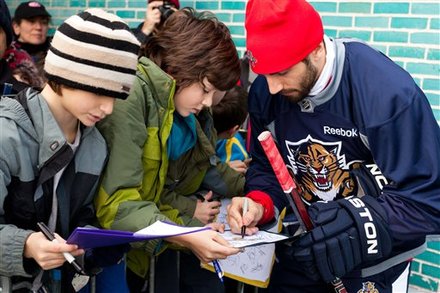 General manager Dale Tallon said the Panthers have made an offer to free agent defenseman Jason Garrison and that he plans to meet with Garrison's agent when he travels to Pittsburgh for the NHL draft this weekend.

Garrison, who had a career season with 16 goals and 17 assists, can leave the Panthers on July 1.

“We're going to go right to the wire with this,'' Tallon said. “We'll see where it goes. We're optimistic, but we have to have contingency plans just in case. We have young players who we're going to have to count on sooner or later.''