Dwyane Wade wasn't asked his opinion of how Mario Chalmers played on Tuesday night, but he gave it anyway.

ABC television caught it, broadcast it live and could be fined by the FCC because of it.

Wade used one expletive twice– the word Ralphie called “the queen-mother of dirty words” in A Christmas Story – to punctuate Chalmers' huge game.

Some Heat fans were likely using the same word earlier in the game when Chalmers missed his first three shots as the Heat fell behind by double-digits.

Yet Wade used the word in praise as Chalmers came up large in Miami's 104-98 victory in Game 4 of the NBA Finals.

Not only did Chalmers score a playoff-high 25 points, but he scored the Heat's final five points of the night. Miami now has control of the series with a 3-1 lead and Game 5 here on Thursday.

"That kid,'' coach Erik Spoelstra said, “is not afraid of any moment. We all know that. He's a gutsy kid.'' 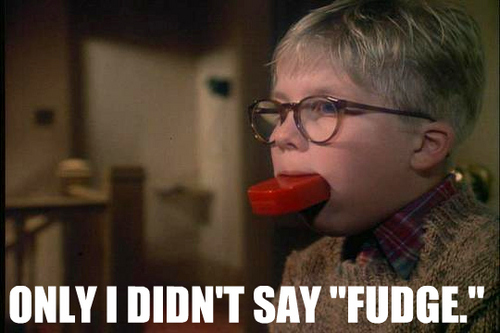 All of Chalmers' points came after he returned to the court with 8:37 left in the second and Miami down four. Miami trailed by 11 when Chalmers initially left; Eight points from rookie Norris Cole fueled Miami's comeback.

Miami never really knows which Chalmers it's going to get. On Tuesday, the Heat got both the good and the bad of the point guard. Chalmers opened 0-for-3; in the fourth, he went on a 7-2 run with a 3-pointer, a lay-up and a 12-foot jumper to give Miami a six-point lead with 8:14 left.

With 44.6 seconds left, Chalmers drove the lane to give the Heat a five-point lead it wouldn't surrender. Chalmers then calmly drained a pair of free throws with 11 seconds left to ice it.

Chalmers, traded to Miami from Minnesota on draft night in 2008 after helping Kansas to the national title, has been erratic in four seasons with the Heat. That hasn't changed in the postseason. But he's definitely had his moments and Tuesday was one of them.

After scoring 12 points in the Game 1 loss in Oklahoma City, Chalmers scored a combined five points in Miami's wins the following two nights.

On Tuesday, however, the Heat don't come within a win of its second NBA championship without Chalmers. Before Chalmers drove in for a lay-up for his first points of the night soon after entering the game, he missed 16 of his previous 18 shots.

“The last couple of games he's had some open, clean looks and hasn't been able to knock them down,'' Spoelstra said.

“We told him the last two days that he'll get those opportunities again and to step up with confidence. We're all behind you, make or miss.''

Said Chalmers: “I didn't lose any confidence. I was rushing my shots.''

Although this is Chalmer's second foray into the 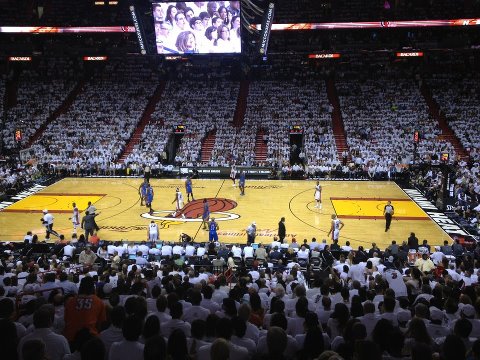 Finals, this is Cole's first trip after being the 30th overall pick by Chicago last summer. Miami worked Cole out before the draft and liked him so much it swung a deal with the Bulls to get him.

Spoelstra has made it clear he is a big fan of the guard from Cleveland State, saying he was “tough as nails” and that “I love that guy.''

Since scoring six points against Indiana in Game 2 of the east semifinals, Cole had just nine points in the following 11 games. Tuesday, his spot shooting was just what the Heat needed.

With 2:59 left in the first quarter, Cole came in for LeBron James and promptly drove in for a lay-up that cut Oklahoma City's deficit to 13. Cole then drained a 3-pointer with 3.1 seconds left in the quarter that made it a 33-19 game – then clocked another trey 40 seconds into the second.

Cole's back-to-back 3-pointers helped kickstart Miami's 16-0 run that pulled the Heat to within a point. When Cole left the court, he did so to a standing ovation. Teammate James Jones called Cole “the man of the hour'' in the Heat locker room.

“He was huge and I credit him with being a pro,'' Jones said. “He's a mentally tough kid. He keeps getting his reps if he's in the rotation or if he isn't. He makes adjustments on the fly. He was a huge boost for us.''