« BACK ON THE ICE: #FlaPanthers Development Camp Starts Monday July 2 | Main | OPEN FOR BUSINESS: Free Agency Kicks off Sunday; Will Panthers Be Busy? » 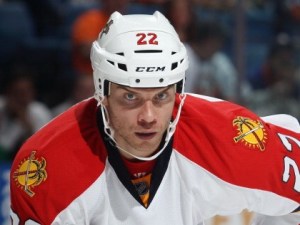 The Panthers made a number of roster moves in the past few days as they prepare for the opening of free agency on Sunday.

On Thursday, the Panthers parted ways with forward Matt Bradley and likely did the same with winger Mike Santorelli as both were put on waivers.

Bradley, who signed a two-year deal with the Panthers last July 2, was placed on unconditional waivers – which means he will not return.

Florida will buy out the remainder of Bradley's contract and pay him two-thirds of the $1-million owed to him over the next two seasons. 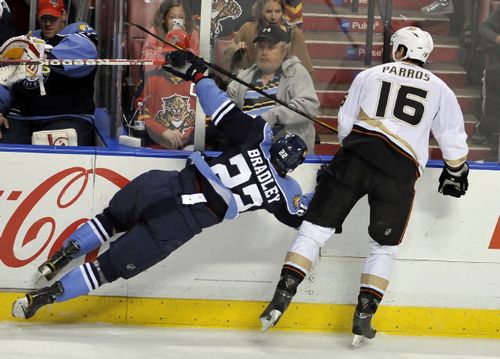 Bradley played in just 45 games with the Panthers last year because of a couple of injuries – including a concussion suffered in February against the Ducks. That injury basically ended his season even though he practiced with the team during the playoffs.

Santorelli was placed on regular waivers, and 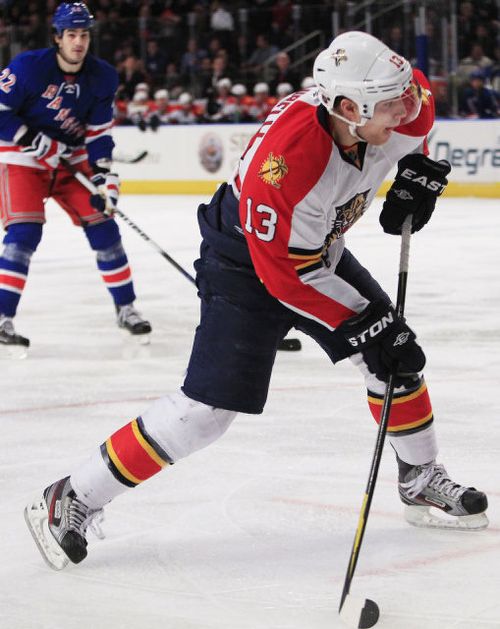 although Florida could still bring him back, it is not likely. Santorelli is owed $1.6 million for next season so Florida would owe him almost $1.1 million over the next two years – if he isn't claimed by another team off re-entry waivers.

Santorelli signed a two-year deal with the Panthers after he had a breakout year in 2010-11 by scoring 20 goals and playing in all 82 games. But Santorelli missed the start of the year with a shoulder injury and never got on track offensively ending with nine goals in 60 games. 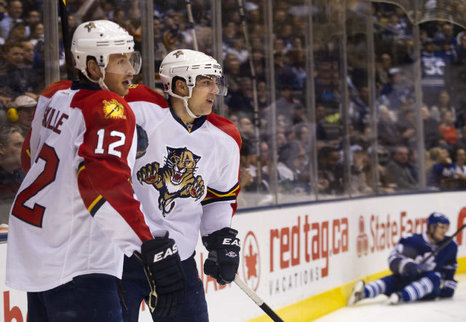 Santorelli played in just one of Florida's final 12 regular season games and sat the entire postseason.

Wotjek Wolski, who made $4 million last season from the Rangers and Panthers, was not tendered an offer and is a free agent. He will be eligible to sign with any team – including the Panthers – starting Sunday.