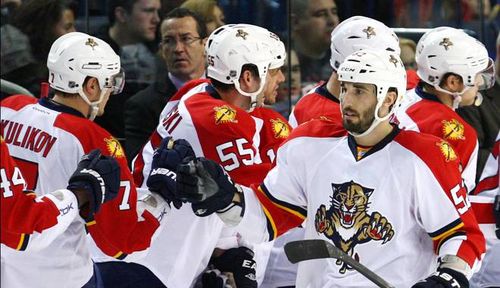 Jason Garrison left the Florida Panthers on Sunday, signing a six-year contract with the Vancouver Canucks.

The contract, which is worth an average of $4.6 million per season, is said to be lower than money he was offered from other teams.

The Panthers will not disclose their negotiations with Garrison, but it's thought Florida offered $4 million at either three or four years. This may or not be true, just numbers I have heard.

Garrison, from White Rock, B.C., basically took comparable money (when taxes are taken into consideration) to go back home. With the additional years, however, Garrison has more security.

Don't forget that in 2010, Garrison took less money from Dale Tallon and the Panthers for a two-year deal that was a guaranteed one-way deal.

It worked out for the Panthers; Garrison played well for Florida in those two seasons – especially this year.

Garrison came into the season with a grand total of seven goals in his first two NHL seasons. This time around, he put 16 pucks into the net and became a fan favorite. 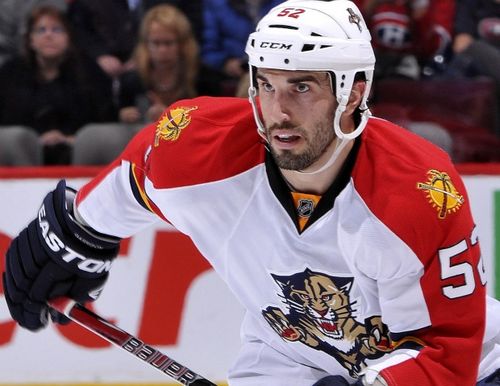 Some fans have taken to social media to blast Garrison for leaving, many comparing him to Jay Bouwmeester.

Bouwmeester was never coming back to the Panthers regardless of the payday (one he got in Calgary – also close to his hometown of Edmonton yet not as close as Garrison).

Bouwmeester told the Panthers 18 months before he was due to become a free agent that he probably wasn't coming back – and gave the team a list of teams they should trade him to.

It was the Panthers who decided they were better off with Bouwmeester for that time and didn't trade him.

Florida knew he was going to leave and didn't trade him when he had his highest value.

Making the playoffs at the time, the Panthers reasoned, was more important. That's on the Panthers, not Bouwmeester. He just didn't dig South Florida and wasn't real keen on seeing if the franchise could turn itself around.

By all indications, it has. Bouwmeester couldn't be sure.

Garrison, as far as I know, never told the Panthers he wouldn't be coming back and, as far as I can tell, negotiated in good faith.

The Panthers thought they had a chance at signing Garrison but were going to stick to their guns and not let the market dictate what they thought Garrison was worth.

Basically, the Panthers decided not to go crazy in order to keep him. And he eventually took less money that he could have recieved elsewhere – I know it's relative – to go back to his hometown.

Garrison was a good player for the Panthers during his time here and was a good teammate. Never heard a bad word said about him – from anyone. He played well during his contract, and when it was up, made a life-altering decision and moved on.

The Panthers got everything they could have asked for out of Jason Garrison in his time here.

"We wanted size, we wanted another guy who can shoot the puck on the power play and we wanted character and he fit all of those criteria," general manager Mike Gillis told the Vancouver Sun.

"He is from Vancouver so he had a real desire to play here, which he articulated to us. . .we also wanted to get a little younger and keep within our salary parameters and we're fortunate to have young man 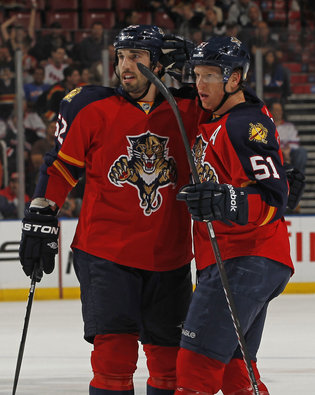 who wanted to come back to Vancouver, wanted to play for us and was prepared to work with us on salary structure to get it done."

And so the Vancouver Panthers pick up another member as Garrison joins the likes of Roberto Luongo (for now), David Booth and Keith Ballard with the Canucks.

That number could rise in the coming weeks if Florida swings a deal for Luongo and sends a few more Panthers west.