THE KID IS ALRIGHT: Jonathan Huberdeau to Make Moves with Panthers ... News and Notes from Prospect Camp 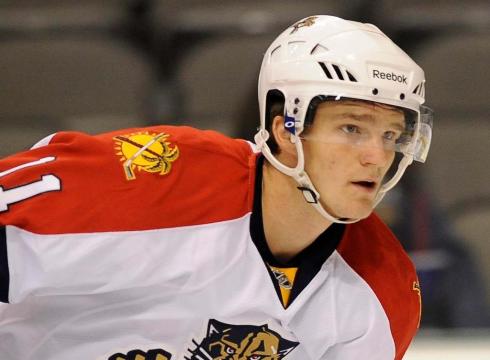 It was very fitting Jonathan Huberdeau was one of the young players to model the Panthers new practice jerseys on Monday.

After all, it looks like he's going to be wearing it come October – and beyond.

Huberdeau, the third overall pick of the 2011 NHL Draft, is well on his way to being part of the Panthers this coming season.

General manager Dale Tallon said Huberdeau didn't have anything left to prove on the junior level at a press conference held following the opening day of Florida's week-long development camp in Coral Springs. 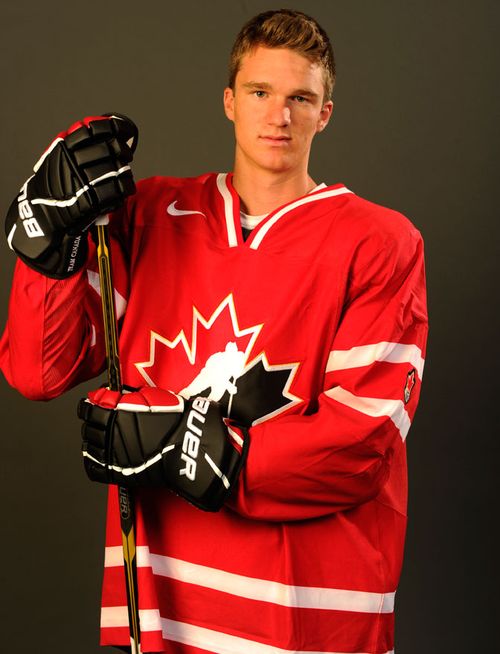 “Two or three of our kids will be in the lineup – Huberdeau can score,'' Tallon said, adding that Huberdeau could help on Florida's power play this season.

“Now is the time to get him to the next level. We have to improve his overall strength, timing and get him playing with bigger, stronger men. If he plays another year in junior, that's really not going to help his progress.''

Tallon and coach Kevin Dineen both said Huberdeau played well enough at his previous training camp to make the Panthers last season. Huberdeau was sent back to his junior team in Quebec, however, to mature a little more. It appears the Panthers are happy with the results.

Defenseman Erik Gudbranson followed a similar path in the 2010-11 season and had a strong rookie campaign with Florida last year.

“Last year doesn't matter, I have to get off to a good start here now,'' said Huberdeau, who scored 73 goals with 177 points in 104 games over the past two seasons with the Saint John Sea Dogs.

“I want to make the team this year and I'm going to do everything I can to do so. I want to get bigger and stronger before I come to camp. I want to play here.''

Huberdeau led the Panthers in goals last preseason as he was the only player to appear in every game.

“I learned a lot from the veterans last year,'' he said. “Just making the team is my goal right now, it's not about playing with anyone. I want to play here. I don't want to go back to junior.''

Nick Bjugstad, if he decides to leave the University of Minnesota, and Quinton Howden could also fight for a roster spot come training camp.

“He has vision that is special and you see that come along once in a blue moon,'' Brian Skrudland, the Panthers' director of player development, said of Huberdeau.

“We don't think there's a limit. The capabilities he showed last year in training camp, he's so unassuming, you watch and say 'wow.' He plays against bigger players and is up for the challenge.'' 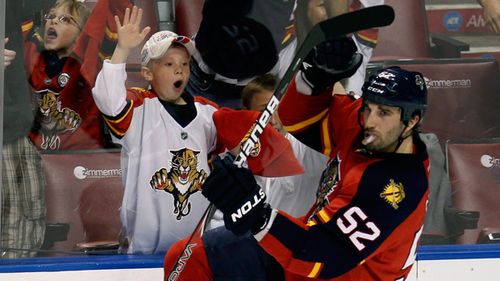 Although the Panthers were disappointed to lose defenseman Jason Garrison in free agency to Vancouver, both Tallon and Dineen sounded happy that Garrison was able to land such a lucrative deal in his hometown.

Garrison, who had a career-high 16 goals last year, signed a six-year deal worth an average of $4.6 million.

“What would you do to get a contract like that,'' Tallon asked. “Congratulations to him. He's a class kid who deserves everything he gets. I wish him all the best in Vancouver. This is a business. You don't get many kicks at the can in free agency.''

() Tallon said he was “willing to listen to anything [Vancouver] has to offer” when asked about the negotiations regarding a possible trade for goalie Roberto Luongo.

Tallon said the Canucks were “in the driver's seat” and added he was happy with Florida's current goaltending situation.

() Gudbranson was expected to attend camp but Tallon says he got some sort of infection at home in Canada and cannot fly. The Panthers say Gudbranson will miss the entire camp.

Howden, the 25th overall pick in 2010, also has an infection but traveled and could participate sometime this week. 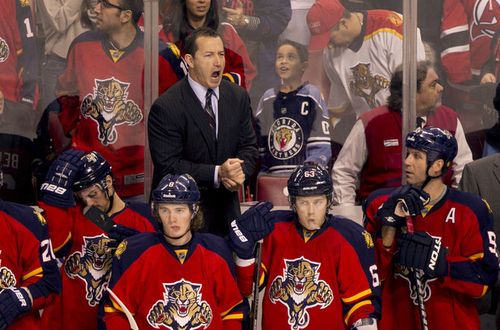 So now Dineen and his entire staff are signed through the 2013-14 season.

() The development camp continues Tuesday starting at 9 a.m. and running for approximately two hours at the Coral Springs Iceplex. Admission is free.

() The Panthers will wear a JetBlue patch on their 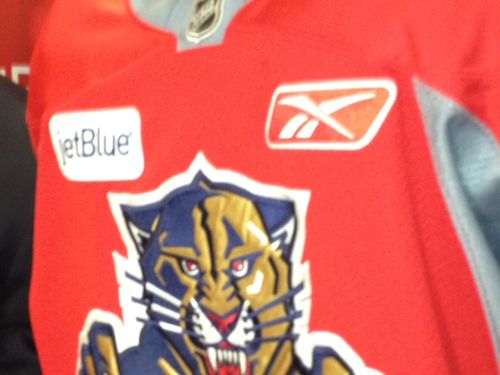 practice jerseys starting this coming season as the team renewed their sponsorship deal with the airline.

The team's training facility will also be named after the carrier.