Panthers goalie Jose Theodore was one of a handful of players at the Coral Springs Iceplex on Tuesday as they gear up for what they hope will be a quick start to the 2012-13 season.

Joining Theodore on the ice today: Ed Jovanovski and Tomas Kopecky as well as former Panthers Marco Sturm and Radek Dvorak. Craig Anderson skated early. Scott Clemmensen is in town, although word is his equipment is not. He should be on the ice pretty soon.

Anyway, a lot has been made this summer about the possibility about Roberto Luongo possibly rejoining the Panthers. There has been talk that Theodore -- who has a year left on his contract at $1.5 million -- won't waive his no-trade if Florida was to include him in a possible deal.

Theodore told me today that he has indeed heard all the rumors -- and he is quite used to such talk. No big deal. And while he wouldn't answer my question on whether he was asked by the Panthers to waive his NTC, he did say he hasn't spoken to anyone with the Panthers or the Canucks.

Theodore did say, as I have as well, that with the labor uncertainty neither the Panthers nor Canucks are in any hurry to do anything just yet. Not saying a deal will get done -- but I'm not saying it can't, either.

With it being likely that Luongo stays in South Florida during the lockout, once a CBA deal gets reached, something between Florida and Vancouver could get done rather quickly.

Here's what Theodore had to say today.

ON THE END OF THE SEASON: It's always tough to lose a playoff series. I don't care how good you think you played in the series, if you lose, it's never a good feeling. You are always sour when you lose in the playoffs. We did accomplish a lot of things as a team, things people didn't expect us to do. Now it's time to find what our potential is. We're going the right direction. You can't take one step forward and two back. Right now we're moving forward. Teams will be ready for us. But we want to take it to the next level.

HOW DID YOU FEEL YOU PLAYED LAST SEASON: I liked what we did as a team. We did things people didn't expect. I don't like to talk about my individual play. At the end of the day, it's what the team does. I played over 50 games and as a team, we proved a lot of people wrong.

SURPRISED TO HEAR TALK FLORIDA MIGHT WANT LUONGO? Not at all. But as of now it's just rumors. You are always going to hear talk of this or that, but it doesn't take away from the team and what we have. Nothing can take away from what we did as a team last year.

RUN INTO LUONGO IN MONTREAL?: I didn't. I usually see him down here more than I do up there. We've played together in All-Star games, for Team Canada. We have a good relationship. He's a great guy and he wants to be somewhere where he's wanted. 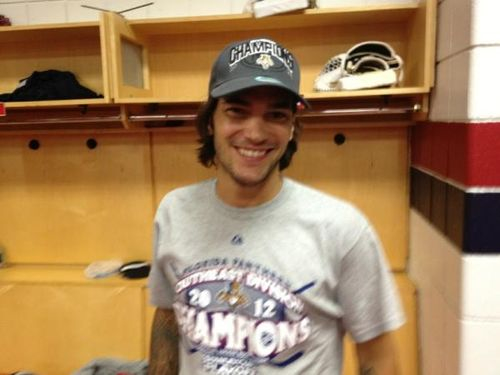 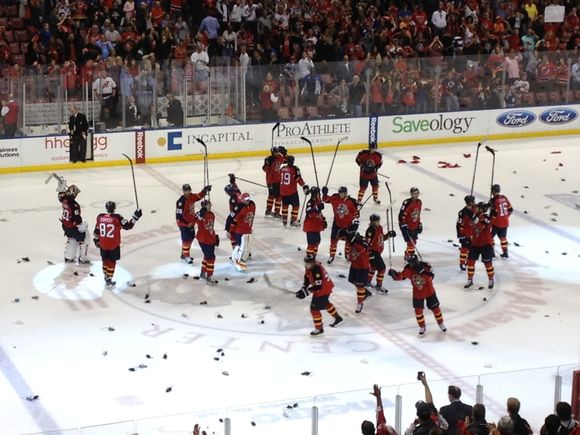