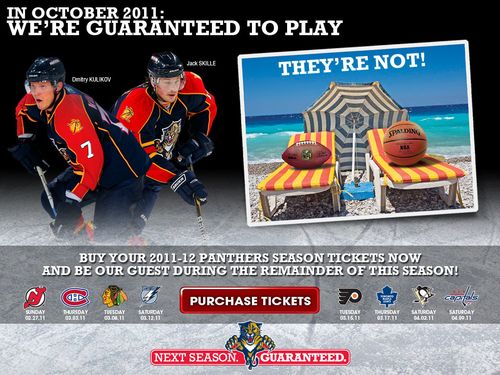 Spoke with Florida Panthers assistant general manager Mike Santos briefly on Monday as he confirmed the team cancelled its rookie camp/tournament because of the potential/probable (oh it's coming) lockout on Sept. 15.

The Collective Bargaining Agreement between the league and its players expires on Sept. 15.

That day was the scheduled start of a rookie camp/tournament the Panthers planned to host at their facility in Coral Springs.

It is no more. 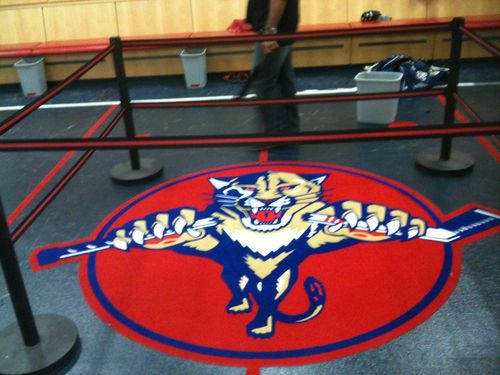 The Panthers were to entertain the Hurricanes, Lightning and Bruins from Sept. 15-19.

No reason to fly all these players and coaches into South Florida on Sept. 14 only to send them back when the CBA expires on Sept. 15.

And it will expire without a new deal. 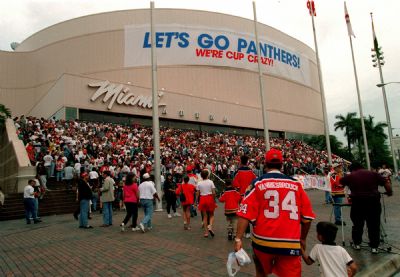 You can take that to the bank (by the way, the ATM machine at the Panthers facility in Coral Springs now sports the BB&T logo. The newest name of the Panthers arena -- BB&T Center -- will be announced sooner than later).

He continues to say there is no worry that a deal will get done eventually.

Kulikov remains the property of the Panthers after just completing his third NHL season.

There is, after all, no hurry.

The NHL has basically shut down. -- And the start of the NBA/college basketball season as well.