About 40 minutes into a workout on Monday morning, Erik Gudbranson made himself at home at center ice, plopping down to rest and using the dasher boards as back support.

It was obvious Gudbranson's first on-ice workout since September had taken its toll.

Gudbranson, the third overall pick of the 2010 draft who completed his first NHL season last year, joined a number of his teammates at Glacier Ice Arena in Lighthouse Point for the first time since he injured his shoulder in September.

Gudbranson says he has been working out his lower body since having surgery at Doctors Hospital in Coral Gables, but he hadn't strapped on the skates in almost three months.

He may have been gassed but was happy to be back on the ice. Gudbranson didn't do much more than skate as he gingerly lifted soft shots toward goalies Jose Theodore and Tomas Vokoun.

"It felt really good to be out there. I'm a little surprised at how good it felt,'' Gudbranson said after the workout with teammates such as Tomas Fleischmann, Ed Jovanovski and Stephen Weiss as well as NHLers Marian Hossa and Radek Dvorak.

"Things are coming along. The training staff I've been working out with at home [Ottawa, Ontario] are great. This is a tough thing, but I'm excited about it getting better.''

Gudbranson is still a long way away from being hockey ready, although he says his legs have never been stronger as he has added 10 pounds of muscle since the injury.

When he's able to play -- his timetable is sometime in January -- Gudbranson is expected to start the season with the Panthers' AHL affiliate in San Antonio even if the lockout is over.

Had Gudbranson not gotten injured, he most likely would have joined the Rampage for training camp in September since he is now eligible to play minor league hockey even during the lockout.

Only Gudbranson got hurt. And, because the injury didn't happen on the ice, he's locked out -- and not being paid -- like everyone else.

Gudbranson's injury has been shrouded in secrecy as teammates declined to talk about it, saying "you need to speak with Erik.''

On Monday, Gudbranson finally came public about how he got hurt, telling The Miami Herald is happened while wakeboarding on a lake in Ontario with his buddies.

"I wasn't being stupid, it was just an unfortunate, awkward fall,'' Gudbranson said.

Gudbranson said he talked to general manager Dale Tallon about the injury, stressing to Tallon that alcohol played no role in the accident. Gudbranson said that he and his pals went out to wakeboard -- which is a combination of surfing and water skiing -- for years.

The accident, Gudbranson said, happened early in the morning on the first run of the day. He pulled up when the rope he was holding onto as he was pulled by a boat slacked up. Gudbranson ended up slamming into the water and dislocated his shoulder in the process. "I should have let go,'' he said.

Gudbranson seems very contrite about the injury and said he has repeatedly apologized to the Panthers -- and called each of his teammates individually after it happened. Gudbranson said his wakeboarding days are done. He even sold his wakeboard.

"I wasn't hurt playing hockey. I have learned from my mistakes,'' Gudbranson said. "I needed to be honest with them. The players have been transparent during the lockout and I felt it was my duty to the Panthers to be transparent and honest with them. I hurt myself and it was unfortunate. I learned something the hard way. But I'm everything I can to get back on the ice.''

Upon finding out how Gudbranson got hurt -- there had been speculation it happened on the ice in Coral Springs during a workout before the lockout started -- the Panthers declared it a non-hockey related injury.

Had Gudbranson been hurt doing something hockey-related, it's possible the Panthers would have continued to pay him as they supervised his rehabilitation as was the case with Kris Versteeg.

After starting the lockout under the care of the Panthers, Versteeg has since been cleared and released for contact. He is no longer being paid and is locked out like the rest of his teammates. Versteeg is back in his native Alberta, working as a volunteer assistant coach while he attends classes and skates with the team at the University of Lethbridge.

"There is obviously an element of danger in [wakeboarding] and I wasn't very smart. And the timing couldn't have been worse,'' Gudbranson said. "But I could have been playing beach volleyball and blown out my knee. I'm disappointed. I worked very hard this summer and was in the best shape of my life. But I don't think it's right just to sit around during the offseason and do nothing.''

Gudbranson has been in contact with his surgeon in Miami but cannot speak to Panthers' head athletic trainer David Zenobi because of the NHL lockout.

Instead of having a workout sketched out by Zenobi, Gudbranson is basically on his own. He said he was heading back to Ottawa and would continue his on-ice workouts there.

The Panthers won't comment on individual players during the lockout.

"I'm very sorry this happened, but I'm working hard and I feel great now,'' Gudbranson said. "Now it's all about skating and getting ready to play some hockey.'' 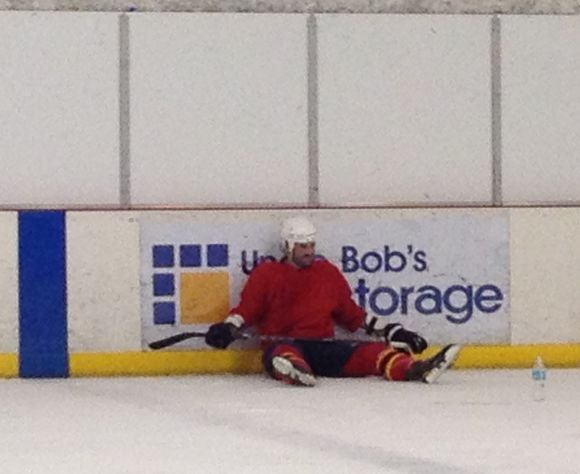 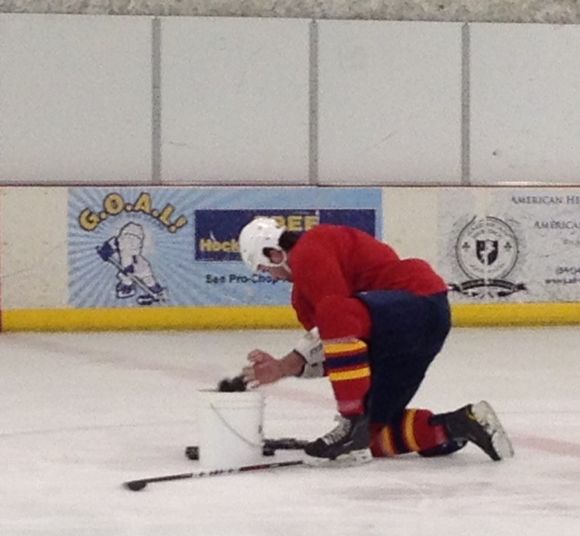