GETTING A CHANCE: #FlaPanthers Bringing In Veterans Kovalev, Kostitsyn, Svatos on Try Outs

Kovalev is already in town and worked out with the Pompano Panthers at Glacier on Tuesday.

Kovalev has had injury problems and was released from his KHL contract after a knee injury limited him to just 20-plus games last season.

He's been working out in New York during the lockout.

Here's what he had to say after Tuesday's skate:

On his knee injury: "I've recovered. .-.-. It's all behind me. It's been hard work and you know how it goes: The older you get, the harder you have to work.

"That's the most disappointing thing, feeling good and not being able to play anywhere. Finally, the season is about to start and I settle somewhere -- hopefully here -- in the NHL and do my thing.''

Kovalev said he spoke with the Panthers before the 2011-12 season about coming here to play. Apparently Dale Tallon offered a try-out then; it didn't work out for whatever reason.

Kovalev last played with Ottawa and Pittsburgh during the 2010-11 season.

"I came here the year before I went to Russia and had a chance to talk about me coming here,'' he said.

"The situation changed a little bit and I couldn't wait anymore so I went to Russia. I guess the offer still stands and they decided I could come back. I want to get back in the NHL. They're going to give me a chance, see how things go.''

As far as a short training camp goes, Kovalev says he'll be ready.

"I think I have enough experience and I feel great health-wise. I know game shape is different than practice but it doesn't take that long, maybe a week, week and a half and you're in game shape.

"At the beginning everyone will be running around and will be anxious to start the season. Everything else will settle after 10 games or so. We'll all be where we need to be.''

Kovalev said a few teams asked him about coming to camp, but he seems to like the Panthers and Kevin Dineen.

"No one has promised me anything. They just want me to come in and they are hoping I make the team. I don't know. I can't predict anything. I'm just going to do what I'm able to do and we'll see what happens. They could go with the younger guys or something like that. You never know. It's just good to have the chance to come to camp and hopefully make the team.'' 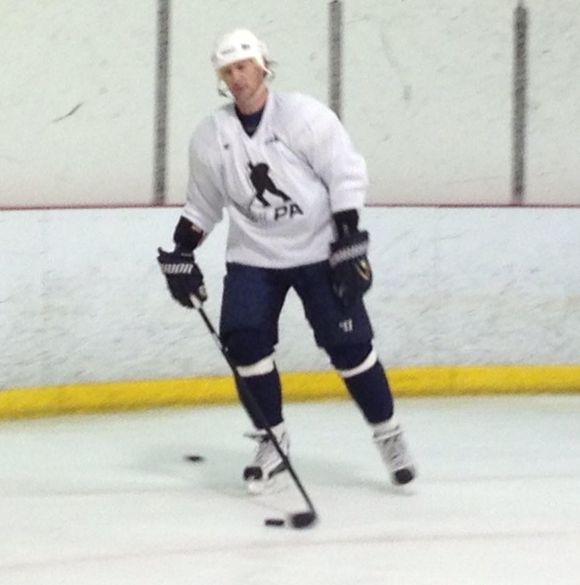