Those of you who were at Panthers practice on Wednesday morning and said 'hey look. George Parros is here' shouldn't feel too bad.

It wasn't Parros, of course, but Kris Versteeg.

"He looks like he's out of a 1970s movie,'' one player commented. You can guess what kind of movie the player was referring to.

Versteeg said he started growing the mustache in support of pal Brandon Davidson who is battling testicular cancer.

Of course, he's taken plenty of ribbing for it.

"It's given the guys a lot more laughs than anything,'' he said.

Davidson is a defenseman for the Oklahoma City Barons of the AHL and is from Versteeg's hometown in Alberta.

"It's for a friend," Versteeg said. "He's going through chemo so I said I'll keep it for a little longer while he's going through it. It's tough times for him. You try to do stuff for your friends.

"I've known him for a long time and he's a good kid. We hang out in the summer time. I just want to help him in any way I can.''

As far as Parros goes...

"I don't want him to think I'm trying to steal his thunder when he gets here.'' 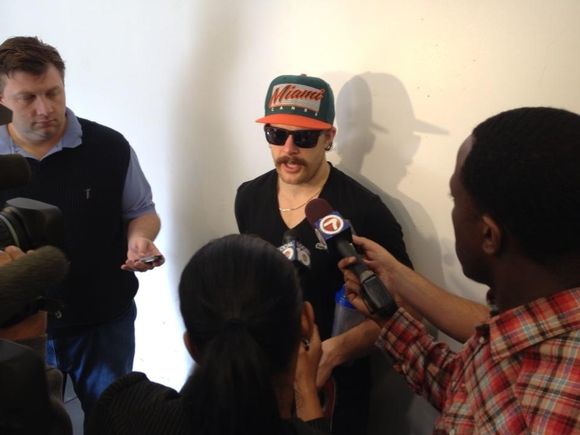 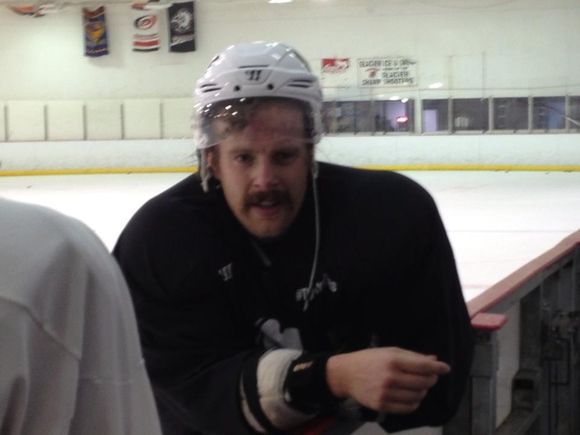 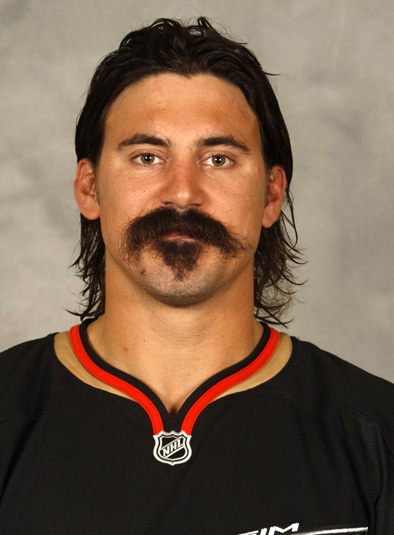