BUFFALO -- The big guy with the big mustache and the big reputation didn't like sitting. The not fighting part? Somewhat surprisingly, he was OK with that.

On Sunday, George Parros -- a healthy scratch Thursday -- got into his first fight as a member of the Panthers. Seven minutes later. Parros scored his first goal in a Florida sweater.

Had he picked up an assist he would have completed his first Gordie Howe hat trick with Florida -- a fight, goal and a helper.

"Anytime you can contribute it feels good,'' said Parros, who signed with the Panthers in July after six seasons in Anaheim. "I'll take them whenever I can, but it's good to score in a close game and really help out. When you can get your shifts in early, it's a different feeling on the ice. I got my feet moving.''

Parros admits that big enforcers like himself are on less NHL teams.

On Sunday, Parros and Buffalo's 6-foot-8 John Scott rumbled with Parros finding it hard to get leverage. Parros finally got Scott tied up near the glass and delivered a few blows.

"Not many teams have guys like us anymore,'' Parros said. "The fact it took this long doesn't surprise me. I'm not looking to fight all the time anyway. If it's right for the game, I'll do it.''

-- The Panthers had their top line intact for the first time this season as Stephen Weiss came back after missing four games with a sore groin. Kris Versteeg missed the first five games of the season with a similar malady.

"I felt alright being the first game in a while,'' Weiss said. "I can't complain. I have to stay in the lineup, get into a rhythm. You feel a little weird but I have to be patient and keep it simple.''

Weiss, who missed four games, was the topic of conversation during Saturday's Hockey Night in Canada broadcast with one commentators saying Weiss was on the trade block.

The Panthers have denied this although as a pending free agent, this talk will continue through the trade deadline. Weiss said none of his family members nor friends informed him of the Hockey Night talk.

"This is the first I've heard of it,'' he said. "This is surprising because my buddies all watch the Leafs games. My parents too. Maybe they just wanted to keep my head clear.''

-- Florida is sticking around snowy Buffalo and is scheduled to hold an afternoon practice at the Sabres' arena on Monday. The Panthers will then fly to Winnipeg where they will be hosted by the Jets on Tuesday.

-- With Weiss back in the lineup, Florida still has an extra forward and Jack Skille sat on Sunday. 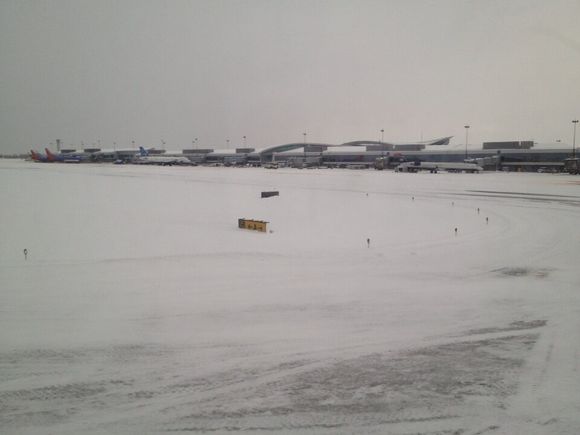