« ED JOVANOVSKI: Back at Practice but No Timetable on Return to Lineup | Main | HAMMERED AT HOME: Canadiens Get Cozy in Sunrise, Roll Panthers 5-2 ... Cats Have Fallen Behind in 7 of 9, Lost 13 of 16 »

ALEX KOVALEV: Future Remains Up in Air ... Time with Florida Panthers is Over

Although Alex Kovalev remains on the Panthers active roster and is technically listed as a scratch each night, he's no longer with the team and continues to look at other options.

If Kovalev were to find a team who wanted him, the Panthers would accommodate him.

Florida expects the situation to be cleared up this week with Kovalev -- who spent parts of five seasons with the Canadiens -- possibly announcing his retirement.

Kovalev is the eighth active 40-year-old player in the NHL -- although he hasn't played in a game since turning 40 on Feb. 24. He is also the last remaining active player from the Rangers' 1994 Stanley Cup championship team.

Because the Panthers management has so much respect for Kovalev, waivers isn't an option just yet.

The Panthers hope this situation comes to a tidy conclusion without any ugliness.

I was told the Panthers were very happy with Kovalev's professionalism in his short stint with Florida. 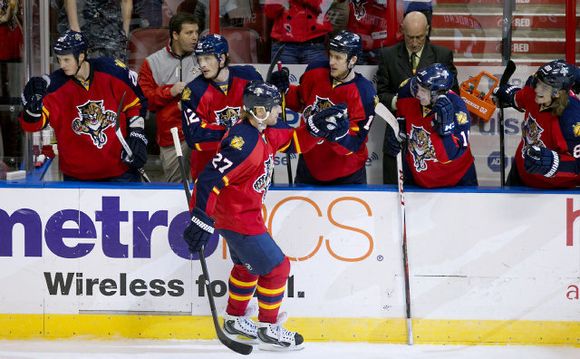