Panthers center Stephen Weiss said Wednesday morning the pain in his right wrist was so severe he wasn't helping himself or his team.

After consulting with specialists at the Cleveland Clinic on Monday, Weiss made the decision to have season-ending surgery.

Weiss said the procedure, which he had once before at the end of the 2008-09 season, would be done in Cleveland on Tuesday by Dr. Thomas Graham. Weiss also had surgery on his left wrist in 2006. He has been told he would be able to shoot pucks again in three months.

Weiss said he has had pain in the wrist for over a year and had an MRI done last year that showed he had a problem. Weiss said not properly taping it during NHL lockout workouts and the repetitiveness of taking shot after shot likely contributed to the deterioration.

"This surgery was the last resort. I didn't want to have a second one done,'' said Weiss, who had just one goal off 19 shots in 17 games this season. Weiss averaged 2.12 shots per game and 23 goals per year over the past three seasons.

"As this season went on, it became evident I couldn't play the way I need to be effective and help the team win games and be the player I need to be. I need to get this thing fixed once and for all and get a fresh start with a healthy wrist when I'm ready to go again.''

Weiss is the first to admit this isn't the best time to have a wrist problem.

A pending free agent, Weiss may have played his final game with the Panthers after more than a decade with the team. Drafted fourth overall at the 2001 draft held at the Panthers' arena in Sunrise, Weiss is in his 11th season with Florida.

Weiss said "he wouldn't have written" that Sunday's forgettable loss to Carolina would be his last with the Panthers. Yet, that may have been it for Weiss. And it is something that has crossed his mind.

"It kind of burns at me that is how I could be going out,'' Weiss said. "But that's life sometimes. You have to deal with the cards you're dealt. This is not an easy decision for myself or the team, but it's something that needs to be done. If it is the last game, it's the last game. I just hope everyone understands why I made this decision. It's been a good ride.''

Weiss, who turns 30 next month, hasn't ruled out a return to the Panthers, saying "it would be awesome to finish my career here.''

The reality is Weiss' agent and the organization haven't spoken about a new deal and the Panthers will likely want to see how this surgery goes before a new long-term deal is talked about.

Weiss said he would welcome a return to the Panthers and said he hopes to chat with the team "in the not-too distant future.''

"I started my career here and you don't see that too often, guys staying for one team,'' Weiss said. "That would be great. But they have to want me back. If they do, those will be decisions I have to make at some point. I'm going to look at all the options and see what's best for me moving forward.''

Weiss said during the lockout he wouldn't negotiate with the Panthers during the season as he didn't want it to be a distraction. Even though that isn't a concern now, general manager Dale Tallon said there is no rush to get something done.

Weiss' contract, signed six years ago and worth $3.1 million per season, expires July 1.

"He couldn't perform up to his capabilities, in his opinion, and he wanted to get it fixed," Tallon said. "It was difficult for him and for all of us. Stephen cares and he feels badly about it, but he's got to do what's best for him, too. This is a big year for him as well."

And although the Panthers haven't fully moved on without Weiss, Mike Santorelli has already taken over his long-time locker stall inside the BB&T Center. Prime real estate, that.

Coincidence Santorelli scored his first goal of the season in Tuesday's 4-1 win over the Jets?

"Maybe it brought me a little luck,'' Santorelli said. 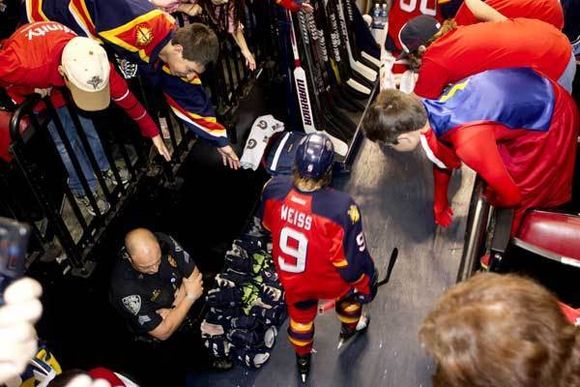 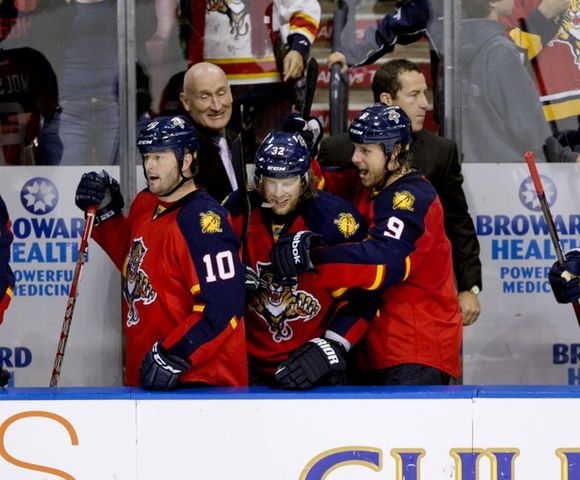