BOYES TO PANTHERS: Veteran Winger on Tryout ... Tim Thomas Next?

The Panthers officially announced veteran forward Brad Boyes will be in camp on a professional tryout.

Boyes, 31, scored 10 goals in 48 games for the Islanders last season and had three assists in New York's playoff series against the Penguins.

Word was the Islanders wanted Boyes back and offered him a tryout as well.

Looks like Boyes and his agent thought Florida looked like a better opportunity. And why not? If Boyes looks good -- and the guy has shown he can score in the past -- he should make this team and earn a one-year deal.

Boyes has scored 168 goals with 407 points in 606 games over nine seasons with San Jose (well, one of those 606 games was with the Sharks), Boston, St. Louis, Buffalo and the Islanders.

-- TSN's Bob McKenzie just tweeted that the Panthers are one of the teams who have officially invited former Bruins Stanley Cup goalie Tim Thomas to camp.

Thomas, who spent the 2011-12 season mired in controversy, didn't play last season as his contract was traded to the Islanders to help them stay above the salary cap floor.

Jacob Markstrom told me today that he's prepared for this training camp like any other -- although this obviously isn't any other camp for Markstrom.

-- Jed Ortmeyer, who played part of last year in San Antonio, is also in camp and was at Tuesday's workout. 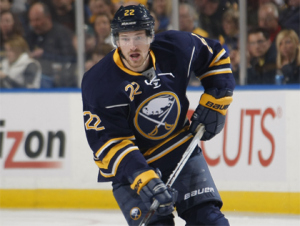