Goalie Scott Clemmensen was one of three players Florida left behind to work out in Coral Springs while the team is in Texas.

Clemmensen had minor knee surgery two weeks ago and was back on the ice Wednesday.

"It's been two weeks from the surgery so I'm right there with the game plan,'' Clemmensen said on Wednesday. "Unfortunately I've been here with the knee before so I know what to expect. We're right on track.''

Clemmensen, about to begin his fifth season with the Panthers, says he cannot concern himself about the team signing Tim Thomas to a professional try out and said he won't rush back onto the ice because he feels pressured to.

"This is nothing new for me,'' Clemmensen said. "I've been through just about everything you can think of in my career. You just play the best you can; I don't make the decisions so I can't worry about it.''

Thomas could make his debut with the Panthers in Thursday's preseason game against the Lightning across Alligator Alley in Estero.

"I'm going to be real patient with Tim,'' Dineen said. "I like the way he's looked in practice and the way he's approached things here. I think it's prudent for him to get his feel for the game with our practice group instead of throwing him out there in an exhibition game.

"I can tell you, I won't be judging Tim Thomas on one look in an exhibition game. That's not a make-or-break deal.'' 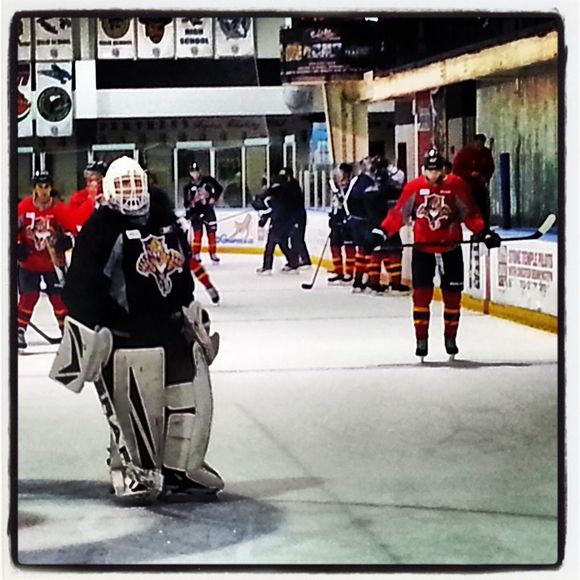