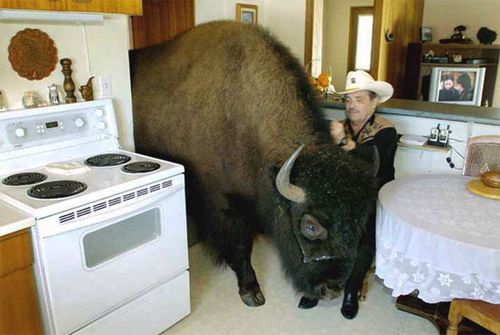 The Panthers have had more than their share of games they would like to forget over the past decade or so, but Friday's unexplainable loss may jet to the top of that list.

Despite being dominated all night, the hapless Sabres scored three goals in the second half to beat the Panthers 3-1 in front of an announced 12,984 mostly ticked off fans at BB&T Center.


Florida took aim at backup goalie Jhonas Enroth -- whom Florida coach Kevin Dineen coached in the minors -- 79 times with 45 shots on goal (Buffalo blocked 17 shots and the Panthers misfired on another 17).

All the Panthers got for their effort was one goal and a lot of boos from those who stuck around until the end.

"It's a hard loss for us,'' a sullen coach Kevin Dineen said. "At the end of it, we weren't trading chance-for-chance. It was three or four then one against. It's just the quality of that one chance against. .-.-.

"We're still looking for that complete effort on both sides of the puck. We couldn't crack that nut out there and that's the frustrating part of the game.''

For Buffalo, Friday's win is one to celebrate -- and perhaps savor since they won't enjoy that winning feeling much this season.

The Sabres came into Friday's game with one win in their first 11 games and had held a lead for a whopping 9:35 this season. That number almost doubled Friday.

When Steve Ott scored at 12:42 of the third to give Buffalo a 2-1 lead, that gave the Sabres only their second lead in a game this entire season. Buffalo led Friday's game for the final 7:28 as Cody Hodgson ended Florida's comeback hopes with an empty net goal with 47 seconds left.

Buffalo was being outshot 30-10 when Rasmus Ristolainen fired a shot from 65 feet away. Goalie Jacob Markstrom (18 saves) never saw the puck as it skipped into the back of the net. That tied the score at 1 with 6:28 left in the second period.

Florida, truth be told, should have been up 5-0 at the time. Enroth, however, turned back one shot after another. Tomas Fleischmann, Kris Versteeg and Tomas Kopecky had a combined 17 shots on goal yet never saw the scoresheet.

"I don't know why the hockey gods aren't shining on us right now,'' said Versteeg, who was on the ice for all three of Buffalo's goals and was credited with seven shots. "I have no answers. Personally, I've never been this snakebitten in my life. And it sucks. Really bad.''

Florida took a 1-0 lead with 6:02 left in the first period when Sean Bergenheim -- playing in his first game since the 2012 playoffs -- took a feed from Erik Gudbranson after he picked the puck off. Bergenheim worked the puck down the left boards and rifled a shot at the net. Florida's Jesse Winchester was crashing the net at the time, slammed on the brakes and popped the puck past Enroth.

It was a nifty goal, one the Panthers definitely thought they would get more of as the night went on. Buffalo, after all, had one of the league's biggest disparity in goals at minus-18. The Sabres got a few back against the Panthers.

"If we have to win 1-0, we have to do that,'' said Brian Campbell, who was drafted by the Sabres and spent eight seasons in Buffalo.

"We have to work hard to score goals, get ugly ones, whatever. We're not a fancy team, make the pretty plays. Look at our record. This was a must-win game. We needed to finish that team off.''

Bergenheim was back in the Panthers' lineup for the first time since Game 7 of the 2012 playoffs against New Jersey. Bergenheim missed all of last season after having surgeries involving his abdomen, groin and hip.

"It's been a while,'' Bergenheim said Friday morning. "When I look at how many months it's been since I played, I don't feel that on the ice. I don't feel it's been that long. I'm really happy to be back. I missed this.''

With Bergenheim back in the lineup, Dineen now has three extra players on the roster. For the second time in five games, Scottie Upshall found himself on the bench as a healthy scratch.

Dineen, for one, likes having that extra depth. In the past, the Panthers have stayed as close to the minimal 20-man roster as possible. That makes competition for playing time a reality and not just a veiled threat.

“We’ve got through a few years here where we were pretty light not only because of injuries but just because of our situation,'' Dineen said. "We were fairly on the number, meaning a lot of times there was no decision to make. We just basically rolled with our 12 forwards and our six defense.”

-- The Panthers may have earned a point against the defending Stanley Cup champion Blackhawks on Tuesday, yet they have no points in losses to Philadelphia and Buffalo -- the two worst teams in the Eastern Conference.

Of Philadelphia's four points this season, two have come against the Panthers. Buffalo has two of its five points thanks to Florida.

"There was a lot of hard work and there was no reward, no consolation prize for playing hard and playing well,'' Dineen said. "At the end of the day, we're all about the two points. It was not a good night.''