« BOYES COMES UP BIG: Instead of Benching, Boyes Forces OT in Panthers 4-3 SO Loss to Lightning | Main | FLYING FAST: Jonathan Huberdeau Hopes to Get Season Back on Track ... Tim Thomas Could Practice Wednesday »

IS IT ON YOU?: Upshall Squirts Gudas, Fun Ensues 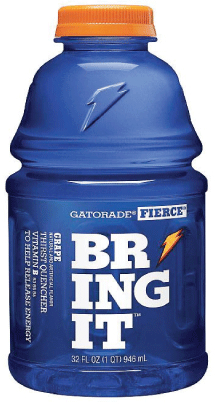 Tampa Bay's Radko Gudas was kicked out of Sunday's game after he hit the ice in front of the Florida bench and then smashed his stick up against the bench area nearly striking both Nick Bjugstad and Scottie Upshall.

Upshall was the obvious target.

Why was Gudas so mad?

Because Upshall squirted him with Gatorade -- blue, Upshall confirmed -- while Gudas was down on the ice.

"He overreacted a bit,'' said Upshall, who was hit with a bench penalty for the dousing. "He's a guy who plays a bit on the edge. He plays hard and he was fired up, took a run at our guy by the bench and fell. I think he was embarrassed he fell. You would think it was the end of the world. He was freaked out."

Tampa Bay coach Jon Cooper said he felt that not only was Gudas' punishment too steep, but Upshall's wasn't enough.

"I was concerned for our players. When you chop your stick like that, it can be very dangerous,'' Dineen said. "The stick is a very dangerous weapon. .-.-. [Gudas] was understandably upset, but that's certainly the wrong response by that young man.''