« TOMAS FLEISCHMANN: Day Off Not By Choice | Main | LOGAN COUTURE: Sharks Would Have Lost in Florida » 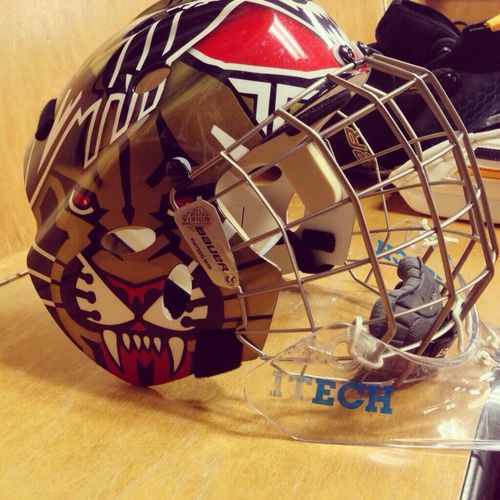 Tim Thomas didn't practice Thursday as he was seen goofing around by shooting pucks -- pretty accurately, too -- from just inside the blue line as the rest of his teammates skated off to a different sheet of ice.

Thomas had worked out the previous three days but took Thursday off making him unlikely to return to the lineup this weekend. Florida plays host to St. Louis on Friday and travels to Washington the following night.

The Panthers haven't disclosed Thomas' recent injury only saying it's unrelated to his previous groin injury.

-- Dineen turned a little salty when he was asked how he would use Florida's 7-0 loss to the Blues on Oct. 5 in St. Louis in preparation for Friday's home game. The Panthers have lost three straight to the Blues.

"We got our [behinds] kicked so how do you think we're going to react to it?,'' Dineen said. "You get beat bad, a team spanks you and we're all professional and have pride. We know we took a really good kicking there.''

Scouting report: The Panthers will play the finale of their season-long six-game homestand. Florida is 1-2-2 so far with nine of the next 11 away from Sunrise after Friday. The Blues, who beat Florida 7-0 in the second game of the season, have won seven of their first 10 and two straight.