« SCOTT CLEMMENSEN TO SAN ANTONIO: Length of Stay in Minors Not Known for Panthers Goalie | Main | YOUTH ON PARADE: Aleksander Barkov Youngest to Score in NHL Since World War II » 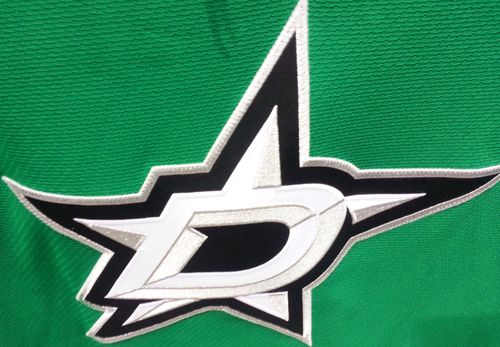 DALLAS -- Tim Thomas said his custom painted mask won't be ready for another few weeks so he has been playing in a plain white model it looks like he just purchased from the local pro shop.

If Thomas continues to get the results like he did Thursday night, the Panthers wouldn't care if he wore a Halloween mask in games.

Thomas did everything his new team hoped he would Thursday in making 25 saves to lead Florida to a 4-2 opening night win over the Stars at AmericanAirlines Center.

"I said after the first, 'how good is Thomas?'," Florida's Scottie Upshall said afterward. "He makes the saves, catches the puck. He's the backbone of this team.''

Florida, which has won its past three season openers under coach Kevin Dineen, looks for its second win in 2013-14 on Saturday when their four-game road trip continues in St. Louis. The trip continues with stops in Philadelphia and Tampa before the home opener Oct. 11 against Pittsburgh.

The Panthers trailed 2-1 midway through the third period when Aleksander Barkov got his first NHL goal when he continued to play a puck through traffic at the foot of the goal. Barkov was able to seize control of the puck, spin and slip it through a large crowd of players from both teams.

Barkov, the second overall pick of a draft held four months ago, was credited with his initial NHL goal on his third NHL shot.

"That was a huge goal for us,'' Thomas said. "The character these guys are showing is awesome. This was a very important game for us to win. Guys made the sacrifices.''

Florida took its second and final lead of the night when Marcel Goc fired a sweet feed from linemate Tomas Fleischmann past Kari Lehtonen with 4:55 left. Goc's goal came on the Panthers' 37th shot of the night and came not long after Erik Gudbranson blocked a point-blank shot by going down to the ice.

"My ribs hurt when I saw that shot,'' Dineen said. "That's a sign of what we're trying to establish here: You are playing for the team. There's no better example than that one.''

Goc got his second goal of the night with 1:19 left in the game when he picked off a loose puck and fired it into an empty net.

A five-time All-Star and two-time winner of the league's top goalie award, Thomas was sharp and kept Florida in Thursday's game. Both of Dallas' goals came when Thomas was down on the ice and out of position to make a stop.

Dallas broke a 1-1 tie with 12:28 left in the third off a shorthanded rush. Thomas stopped the initial shot from Antoine Roussel but the rebound was knocked into the net by Brenden Dillon off Dallas' 25th shot of the night.

Thomas kept the Panthers going after a slow start in which Dallas was skating circles around its opposition following a rousing opening ceremony.

Florida didn't get its first shot of the night off until Shawn Matthias had a great scoring chance stopped by Kari Lehtonen almost eight minutes into the game.

The Panthers showed signs of life a few minutes later when defenseman Mike Weaver jumped Roussel for messing with Thomas.

During Weaver's fight, Dmitry Kulikov and Ryan Garbutt slugged it out. By starting a second fight, both players were thrown out meaning the Panthers played one defenseman down.

Scott Gomez, who signed with the Panthers after a short stint in San Jose, scored Florida's first goal of the season when he popped a loose puck off a Scottie Upshall shot over Lehtonen's head and into the net with 2:19 left in the first.

Thomas, who led Boston to the Stanley Cup championship in 2011, continued to look sharp and kept the Stars off the board until he got wrapped up with new teammate Tom Gilbert.

Thomas was playing the right post before he and Gilbert collided. Thomas unsuccessfully dove at Alex Chaisson's shot which went into a vacated net 7:25 into the second.