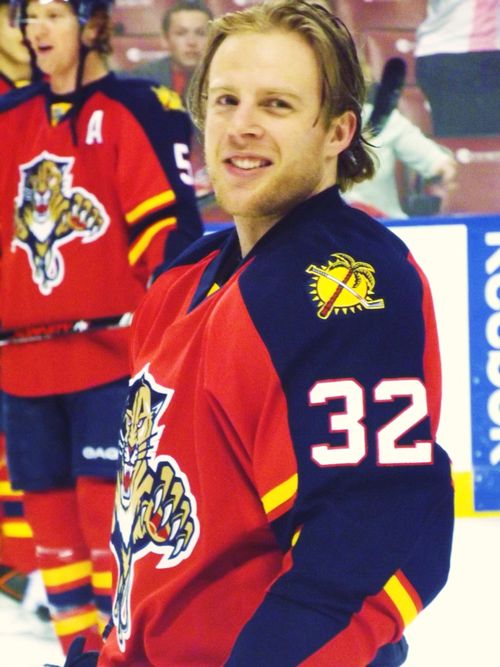 Tallon sent Kris Versteeg - who scored 23 goals for Florida two seasons ago - back to Chicago in exchange for winger Jimmy Hayes and defenseman Dylan Olsen.

Versteeg won the Stanley Cup with the Blackhawks in 2010.

Stan Bowman, who replaced Tallon as GM of the Blackhawks, said Florida will pay half of Versteeg's salary which runs through 2016. Versteeg has an annual caphit of $4.4 million which will now be split between Chicago and the Panthers.

The Panthers signed Versteeg to a four-year deal before the 2012 lockout. Versteeg was limited to 10 games last year because of two injuries -- most notably a major knee injury suffered against the Lightning.

“We are pleased to welcome both Jimmy and Dylan to the Panthers,” Tallon said in a statement. “Jimmy is a young, strong, hardworking, versatile forward who brings both size and skill to our team.

"Dylan, a former first round draft pick, is a young, solid defenseman who adds further depth to our blue line. We thank Kris for his contributions to the Panthers, including helping us win the 2011-2012 Southeast Division Championship, and wish him the best of luck in his return to Chicago.”

Versteeg was a healthy scratch by Dineen earlier this season and Versteeg wasn't happy -- saying he should have had more opportunity to play on the power play and penalty kill.

Tallon plans to speak on a conference call Friday at 11 a.m. EST.