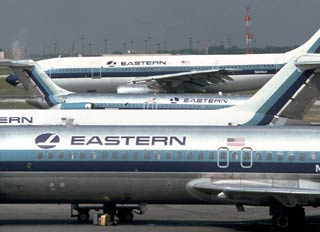 A big hit can go a long way.

Thursday, Florida's Erik Gudbranson crushed Winnipeg's Tobias Enstrom to get the Panthers going in a rousing 5-2 win over the Jets at BB&T Center.

Gudbranson's hit led to a rush up the ice with Dylan Olsen scoring and giving the Panthers their first lead -- one that stood as the Panthers snapped a three-game slide by scoring four-plus goals for just the fourth time all season.

"It was a good goal but we had to refocus to get that win,'' said Olsen, who got his first NHL goal moments after Gudbranson got fans on their feet with his heavy shoulder drop of Enstrom.

"We knew we had to win every battle, everyone had to contribute.''

The Panthers, who lost rookie Aleksander Barkov to an undisclosed lower body injury in the third, needed a shot of momentum after being outscored 14-5 in their three losses and fell behind 1-0 on Thursday.

Winnipeg took the initial lead off Andrew Ladd's goal six minutes in, but the Panthers tied it when Gudbranson let one fly from 45 feet away with 5:58 left in the first.

Early in the second, Gudbranson hit Enstrom behind the net. Olsen picked up a loose puck and started the rush up the ice by tossing it to Scottie Upshall. Upshall returned the favor as Olsen slid into the slot and fired the puck past Ondrej Pavelec.

"I didn't see the hit, but I heard it,'' Upshall said. "Everyone in the building heard it.''

Said Gudbranson: "I just saw an opportunity to finish my check. We were lucky there was a 12-car pileup behind the net and [Olsen] took off.''

The Panthers led 3-1 going into the third as Tomas Fleischmann got his first goal in 15 games off a rebound from Mike Weaver. Nick Bjugstad made it 4-1 in the third on a strong wraparound following Florida's first power play of the night.

The Jets cut their deficit in half when former Panthers captain Olli Jokinen, who still lives in Broward, beat Tim Thomas with 7:15 left.

Yet the Panthers kept scoring, with Jimmy Hayes - who came to town with Olsen in the Kris Versteeg deal - scored on a breakaway with 2:44 left.

"It showed [Thursday] that if you're not ready to battle and ready to play you're not going to win,'' said Jokinen, who turned 35 on Thursday. "It was pretty evident. We turned the puck over, they got goals off turnovers.''

-- Tomas Kopecky (elbow) and Dmitry Kulikov (benched) were back in the lineup. Kopecky had been out the previous five games.