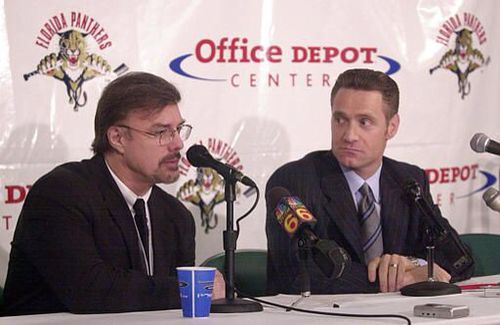 BOSTON -- After a tumultuous decade of running the Florida Panthers and its related companies, team president Michael Yormark left the organization on Monday.

Yormark is now president and Chief Strategy Officer for Roc Nation, an entertainment and sports marketing firm headed by Jay-Z. Yormark begins his new job Wednesday in New York although his family will remain in Boca Raton.

The Panthers made the playoffs once since he joined the franchise in 2003, although the Broward County-owned BB&T Center became a top entertainment venue and helped keep the hockey team financially afloat.

"I'm thrilled,'' Yormark told the Miami Herald on Monday evening. "At the end of the day, I've been here 11 years. I've had a lot of opportunities come my way during that period of time. But I've done everything I can do here.

"Based on what I controlled and what I could impact, I did everything I could. This opportunity really puts me on a global platform. This takes me to a completely different level in my career. I had to go for it, I really did.''

Rory Babich, a New York-based attorney, has been advising new owner Vinnie Viola since he bought the franchise in September. Babich becomes the team's new CEO and president.

Babich will work with general manager Dale Tallon on both the hockey and business side of the organization. Both were named alternate governors of the franchise on Monday.

Tallon and Babich have been working together since Viola and Doug Cifu took over the organization. 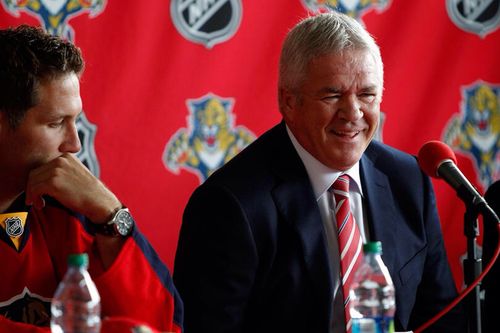 "We're incredibly optimistic,'' Babich said. "Vinnie and Doug bought the team with the belief it can be very successful in South Florida. Dale and I certainly share that vision. That's why we're both here today.''

Said Tallon: "We've developed a good relationship in a short amount of time. We're going to be partners in all these initiatives on and off the ice. I'm excited about it. I think it's going to be great.''

Viola has said the Panthers will increase their payroll significantly next season and be closer to the salary cap ceiling ($71 million) than its floor.

With the NHL trade deadline coming Wednesday, Florida has the lowest payroll in the league but is expected to be busy.

Tallon is shopping a number of pending free agents who he doesn't feel fit with the Panthers' future plans. Tallon could also bring in players to help finish this season and return next year.

"We're building for the future obviously, but that's a whole different process,'' Tallon said. "This is another stepping stone.''

The departure of Yormark didn't come as a complete surprise as rumors had been circulating since last month following his appearance at a Broward County Board of Commissioners workshop in which the Panthers are requesting to restructure their contract and lessen (or completely erase) their financial obligation for use of the Sunrise arena.

Yormark has been at the forefront of the team's dealings with the county over the past decade and secured funding for a $4.2 million scoreboard and video command center last summer.

The commission appears poised to help the Panthers shed a good portion of their financial obligation to the county on a lease that runs through 2028.

Babich will join Cifu in working with the county as Yormark moves on.

"Having a strong hockey franchise here in a county-owned arena that brings in all of the top acts really does benefit the city of Sunrise, Broward County, right from the beaches to the Everglades and all of South Florida,'' Babich said. "We're looking to be cooperative and continue discussions with the commissioners.''

Brett Yormark, Michael's twin brother, is CEO of the Brooklyn Nets and the new Barclays Center and a business associate of Jay-Z. 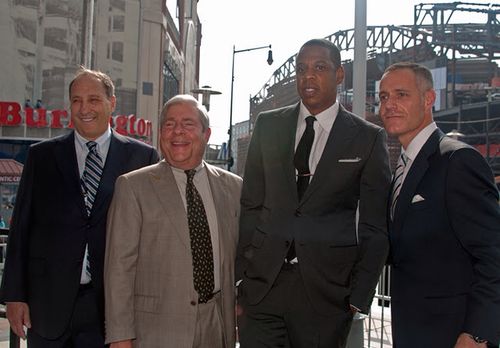 Roc Nation as well as concert promoter Live Nation have had a close relationship with Yormark and Sunrise Sports & Entertainment over the years. Two of Yormark's closest employees with the Panthers recently took jobs in New York with Roc Nation.

When Viola and Cifu bought the team last summer, Yormark was promoted to CEO and allowed a small financial stake in the organization from stock options. Yormark will not take any ownership in the team moving forward.

"I'll still catch games when I can,'' Yormark said, "catch concerts and shows here when I can -- especially when we have our artists here. I'll be around. I wish Vinnie and his family the best of luck. I hope they can take this thing to the next level. That's what our fans want to see. I'll be cheering for them.''