STORYBOOK RESTART: Luongo Shuts Out Sabres in Triumphant Return to Panthers ... Thomas Bobblehead Day is Back On 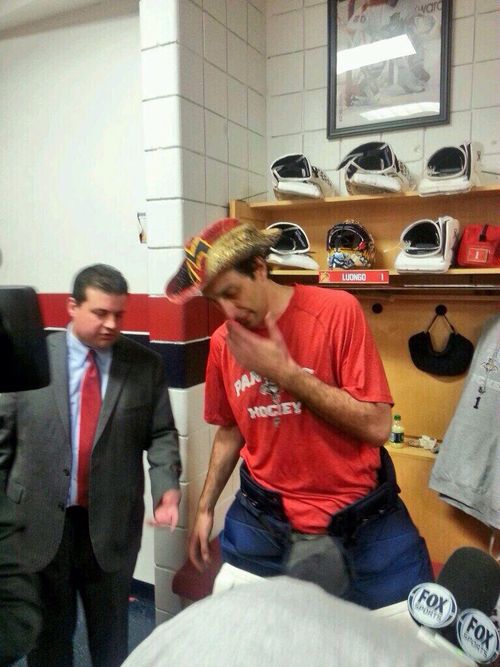 Roberto Luongo left the Panthers as the franchise's all-time leader in shutouts back in 2006.

On Tuesday, he returned with his record still intact.

By Friday night, he was already adding to it.

Luongo had a triumphant return with the Panthers as he made 25 saves in Florida's 2-0 win over Buffalo at BB&T Center.

It was Luongo's 66th career shutout and 27th with the Panthers. He had three with Vancouver this season before coming back to Florida in a trade Tuesday afternoon.

"It was nice, a great reception from the start and I thought the boys played extremely well,'' said Luongo, in a Florida sweater for the first time since beating the Atlanta Thrashers 2-1 in overtime in the 2006 season finale.

"We're a really fast team. I was impressed by the speed that we generated. The future is very promising.''

Luongo didn't get a lot of goals from Florida's offense although the Panthers did take 44 shots at new Buffalo goalie Michal Neuvirth with coach Peter Horachek saying Florida had 30 scoring chances.

Florida's power play -- ranked last in the NHL but not much worse than the one Luongo left behind in Vancouver -- scored twice for the first time since Dec. 3.

The power play got off to a rocky start after Buffalo took consecutive penalties to give the Panthers an extended run.

With Matt D'Agostini in the box, Marcus Foligno was kicked out of the game for running Brandon Pirri into the boards along the Buffalo bench.

Florida wasted most of the 6:35 power play but Jesse Winchester salvaged things. Winchester shoveled a shot past Neuvirth -- fresh out of Washington -- to make it 1-0 midway through the first.

"If that doesn't score, it probably gives them a little confidence and some momentum,'' Horachek said.

The Panthers continued to take aim at Neuvirth, still wearing his Capitals' themed equipment, yet couldn't find the back of the net as Luongo made one nice save after another.

Florida finally gave Luongo some breathing room early in the third when defenseman Dmitry Kulikov rifled a shot from 40 feet away to make it 2-0. Horachek said "Kulikov was outstanding, the best player on the ice".

With Luongo back, it seemed like a lot of Panthers were energized.

"Louie's first game back and this was fitting,'' said captain Ed Jovanovski, playing in his first game with Luongo as a teammate despite all their combined years together with the organization.

"I'm glad he's on our side. I've played with a few elite goaltenders before and he has a pretty good resume. Being able to play with him is nice.''

Luongo came onto the ice to raucous cheers as many in the crowd broke out their old No. 1 jerseys.

Once the captain in Vancouver who had been strung around the past few years with the Canucks, Luongo looked sharp, confident and especially comfortable back in the arena it all started for him in South Florida back in 2000.

"He's really happy to be here and I'm excited for him,'' GM Dale Tallon said. "He's had a tough couple of years and handled himself with class and dignity. He deserves good things to happen.''

Said Luongo: "Shutouts are always nice but in the end it's about the win. We were up one in the third but didn't sit back. It was good.'' 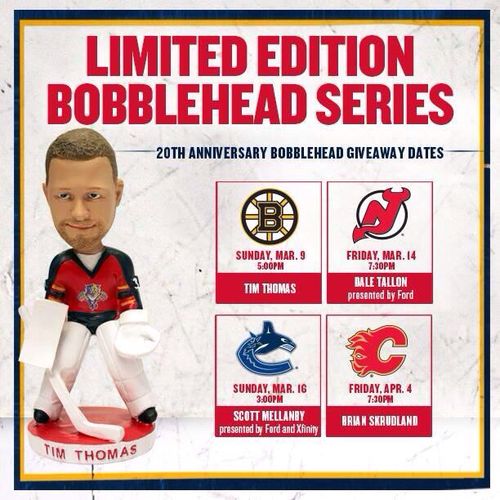 The Panthers changed course and will give out Tim Thomas bobbleheads to the first 7,500 fans who attend Sunday's game against the Bruins as scheduled.

Thomas was traded to Dallas on Wednesday, one day after Florida got Luongo back. Thomas' bobblehead is the third to be given out during Florida's 20th anniversary season with three such days later this month.

-- Vincent Trocheck, 20, made his NHL debut Friday with a number of family members from Pittsburgh in attendance.

"I felt confident to use him in a lot of situations,'' Horachek said.