« FLYERS NOTEBOOK: Boyes, Huberdeau, Shore Back in Lineup ... End of the Line for Gomez? ... Barkov Works Out with Team | Main | NEW ENVIRONMENT: Panthers to Close Off End Zone, New Capacity Like Miami Arena »

CURTAINS!: Panthers to Seriously Cut Back on Sunrise Capacity in 2014-15? 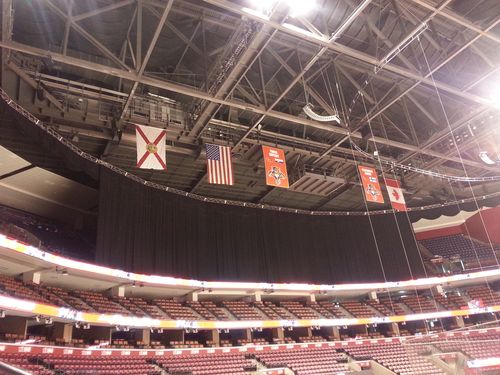 The Panthers had a huge curtain cutting off part of the end zone at Tuesday's morning skate and it looks like that may be a sign of things to come.

According to the team website, seats in those sections aren't being offered as part of any season ticket plan. As you can see from the chart below, season ticket sales end at Section 306 and resume in 313*. It also appears the tarps are staying as 'Goal Zone' seats will only be sold up to row 10. 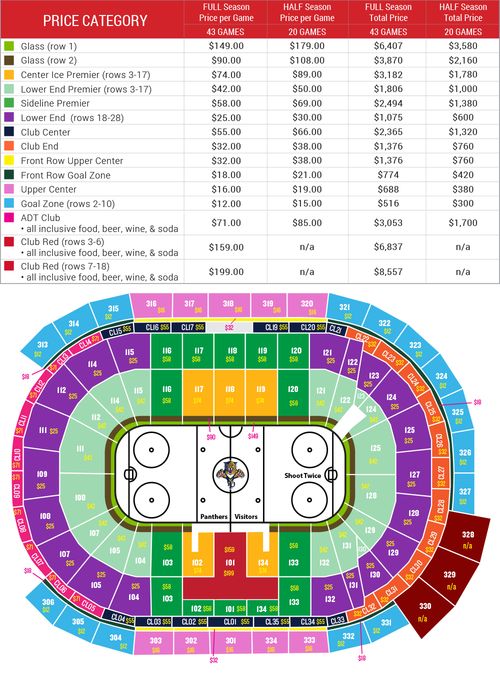 The Panthers have already cut chunks out of the upper deck with tarps the past few seasons, opening up seats as the need arises. I would think the curtain would be gone for single game tickets if needed (when Montreal comes to town, the Holiday Series) but will ask about this when I'm at the game tonight.

Your thoughts on the matter? Leave 'em below in the comment section.