« READY TO BOUNCE BACK: Tomas Kopecky, Tomas Fleischmann want to put last year behind them for Florida Panthers | Main | ELLIS LOOKS FOR CHANCE IN FLORIDA: Dan Ellis wants to stay with Panthers but so does Al Montoya »

TRYING TO TURN THINGS AROUND: Vinnie Viola, Doug Cifu talk about the future of the Florida Panthers, change in business practices 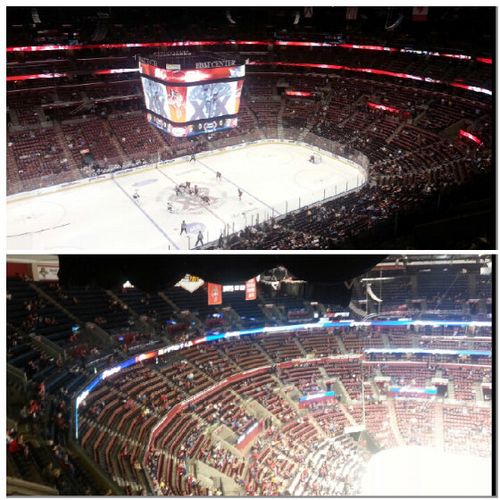 The Panthers finished 29th out of 30 NHL teams last season both in the standings and in attendance figures.

Although the team expects to do much better on the ice, their ownership group said Tuesday they are prepared for even smaller crowds this coming season.

Owners Vinnie Viola and Doug Cifu as well general manager Dale Tallon and the team's hockey operations department met with the team's beat writers on Tuesday morning and covered a variety of subjects.

One of those was the team's struggles at the box office and the team's change in the way it does business.

Cifu said the team has eliminated giveaways and deeply discounted tickets that have been a staple of the franchise for years.

"We are 100 percent ready for the reality that we'll have smaller attendance this season,'' Cifu said.

By giving away so many tickets as well as dumping inventory onto the secondary market, Cifu said, the Panthers devalued their product and helped chase away season ticket holders upset by seeing the deep discounts others received as they paid full freight.

"There is total transparency,'' Cifu said. "Everyone in [a given] section is paying the same price. .-.-. All of the things that franchises which are [fighting] to sustain themselves have done, we think was an operational mistake.'' 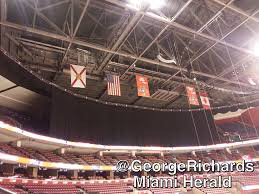 The team will tarp -- or more likely curtain -- off a good portion of the upper deck for non-marquee games this season further lowering their attendance figures. Capacity at BB&T Center will be around 15,000 for most games.

"We are trying to get people excited about hockey as when the franchise started,'' Cifu said. "We think once the fans see we are putting a quality team on the ice, have invested in it, they will respond.''

Last week, Viola and Cifu released a letter reiterating their desire to keep the franchise in South Florida.

On Tuesday, both realized talk of the Panthers moving north will start up again when the Ottawa Senators come to Sunrise for the second home game of the season.

Some of Florida's lowest attendance figures of any given season come when Ottawa visits (photo above was taken at last year's Ottawa game which fell on a Tuesday).

This year should be no different as that game is scheduled for a Monday night early in the season.

"We have nowhere to move nor the rights to move,'' Cifu said, adding that the team will honor the 14 years remaining on its lease with Broward County.

"We're committed to being here. This is a long-term investment. You don't fix a dozen years of a lack of success on the ice as well as doing things that weren't hockey-related and non fan-centric in one season. We have to earn the trust back in the community to get people back.''

Viola and Cifu said they are confident their business acumen as well as an improved on-ice product will help the Panthers turn "a manageable profit" in the coming years.

Cifu told Broward County commissioners in February that the team was losing $100,000 a day during the season and told FoxSports.com in August that the current losses were unsustainable.

With increased ticket sales in the future as well as NHL revenue and national television sharing, Cifu said the Panthers can work in South Florida.

"You can be very competitive and financially viable in a non-traditional hockey market,'' Cifu said.

"The Rangers, Maple Leafs and Canadiens can't outspend us like can happen in baseball. .-.-. We think the way the league is structured with capped salaries and revenue sharing can lead to a successful franchise. We just need people in the seats and the get the business community behind the team.''

-- Coach Gerard Gallant released his lineup for Wednesday's preseason opener against visiting Dallas with a mix of veteran and prospects going against the visiting Stars.

Florida's top two forward lines will consist of regulars with the majority of the lineup filled by those fighting for a roster spot.

Dan Ellis and Michael Houser will be in goal.

"We want to give all of our players a chance to make the hockey club,'' Gallant said. "We'll get more into our team in the final games.''