TIME TO GET SERIOUS: If Panthers want to be a playoff team, they need to act like it ... Columbus/Buffalo homestand starts Thursday 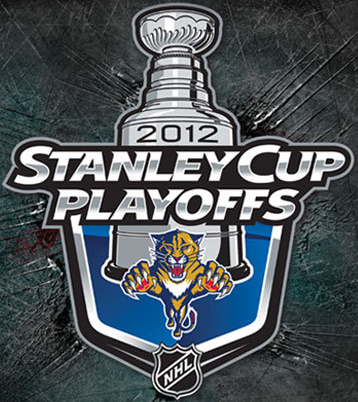 TWITTER: @GeorgeRichards
DETROIT -- With road victories over teams such as Anaheim, San Jose and Detroit, people around the league have taken notice of the Panthers this season.

Florida came into Wednesday three points back of Boston and Toronto for the final wild card spot in the Eastern Conference. The Panthers were ranked eighth overall in the conference with 26 points in a league-low 23 games.

If the Panthers want to continue their ascent up the standings, they need to take care of the teams below them.

Yes, a team that finished at or near the bottom of the NHL standings the past two seasons now feels as if it definitely better get all four points when its two-game homestand against Columbus and Buffalo opens Thursday.

Florida, which beat Detroit 4-3 on Tuesday night, are already 0-1 against the Blue Jackets after losing to the last place team in a forgettable affair on Monday.

"We felt like we let two points slip away [Monday],'' goalie Roberto Luongo said after making 38 saves on Tuesday.

"We didn't want to go home empty handed because that's not acceptable for this team. .-.-. You don't want to let things creep into the team. It was important to have a bounce back.''

Columbus was struggling mightily when it survived a slow start of its own and beat Florida 2-1 thanks in part to Boone Jenner's third period goal and more strong goaltending from Sergei Bobrovsky.

The Jackets, who haven't played since, have now won just one in their previous seven and have lost lost 15 of 18.

"We have to come back and be ready for a good Columbus team we know is going to battle,'' coach Gerard Gallant said. "They just beat us the other night so we have to be ready to play and get those two points.''

Buffalo, meanwhile, looked destined for the one of the top picks in the draft lottery before getting hot.

The Sabres were a horrid 3-13-2 before winning six of their past seven going into Thursday's game at Tampa Bay.

After Monday's loss, goalie Al Montoya talked of it being a learning lesson for a Panthers team whose maturity may leave them struggling with even a moderate amount of success.

Florida needs to handle the expectations of a playoff-caliber team while also realizing there is no gimme game in the NHL.

With some of the upsets they've pulled over the past two seasons, the Panthers should know that better than most.

"Sometimes you're flat and don't know why,'' Willie Mitchell said. "We were definitely flat in Columbus but skated well [in Detroit] from the drop of the puck.''

Thursday: Blue Jackets at Panthers
When, Where: 7:30 p.m.; BB&T Center, Sunrise
TV/Radio: FSFL; WQAM 560
The series: Columbus leads 13-4-0
Of note: The Blue Jackets continued their dominance of the Panthers with Monday's 2-1 win in Columbus. The Jackets have now won nine straight against Florida as the Panthers haven't won a game in this series since 2007.