« CAPITAL LOSS: Florida Panthers losing ways continue in D.C. as Capitals win 4-3 ... Roberto Luongo hit by Alex Ovechkin, misses third period but is fine | Main | THE LUONGO TRADE(S): Where are they all now? » 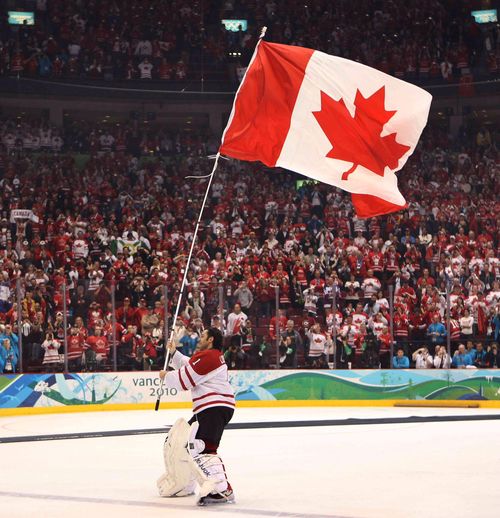 TWITTER: @GeorgeRichards
WASHINGTON -- Following Florida's 4-3 loss to the host Capitals on Sunday afternoon, Panthers' goalie Roberto Luongo faced a media contingent he could count on one hand.
He won't have such a quaint gathering come Tuesday in Vancouver.
Luongo is expected to get the royal treatment when the Panthers practice at Rogers Arena -- the arena the Florida goalie called home for eight years.
"We'll probably do a press conference,'' Luongo said with a grin. "Do it up big.''
Since being traded back to the Panthers in March -- Florida originally traded Luongo to the Canucks in a blockbuster deal on the eve of the 2006 draft held at Rogers Arena -- Luongo has only been back to Vancouver once.
When Florida general manager Dale Tallon finalized the deal, Luongo and the Canucks were in Arizona. Luongo flew east on the first flight he could get.
Wife Gina and the couple's children packed up the place in British Columbia and headed back to Florida as well. The Luongos have since sold their home there.
"I'll be in the [team] hotel,'' Luongo said. "I'm just visiting now.'' 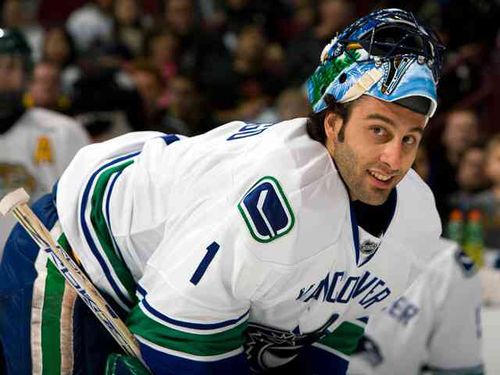 With the team off Monday and having a few days before Florida takes on Vancouver on Thursday night, Luongo definitely has plenty of time to see old friends and visit some old haunts.
"I was there for a few days this summer with Team Canada getting our [Olympic] Gold Medal rings which was nice,'' Luongo said. "It's going to be fun. We're going to be there for a few days and that gives me time to see a lot of people I didn't get to see when I left last year.''
While the Canucks prepare for a game Tuesday night against the visiting Islanders, the Panthers will take a few days to get acclimated to the time change and get in some practice.
The Panthers are scheduled to work out at Rogers Arena (formerly GM Place) following the Canucks and Islanders' morning skates.
Luongo and the Panthers lost to Vancouver 4-3 in a shootout in Sunrise just a few weeks after the trade went down.
"To be honest, I'm just looking forward to being there for three or four days,'' Luongo said.
"I'm not quite sure what kind of reception I'm going to get but I'll definitely enjoy the game. They're all big games at this juncture of the season. We're fighting for every point.''
With Sunday's game ending early, the Panthers decided to fly across the country directly following the game.
The Panthers are two games (1-1-0) into this six-game road trip that continues to Calgary, Edmonton and Winnipeg. 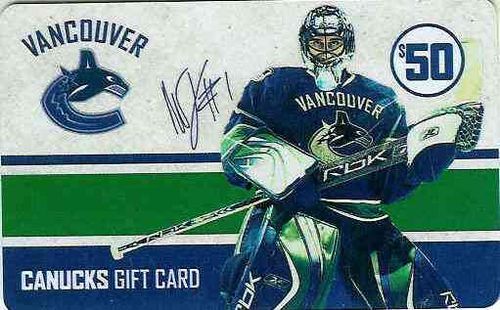 Getting some time off and a chance to work through some things in Vancouver is welcomed especially with Friday's game in Calgary coming off the heels of a late Thursday game in Vancouver.
"We have the four Canadian teams coming up and we know we'll have to play well out there,'' coach Gerard Gallant said.
"We need to win some hockey games. We have seven or eight games left before the All-Star break. We want to get some wins.''
TRIO STILL OUT
Florida was still without forwards Tomas Kopecky and Tomas Fleischmann as well as defenseman Erik Gudbranson on Sunday.
Kopecky has missed the past four games; Fleischmann and Gudbranson were both hurt in Friday's morning skate at Buffalo.
-- Defenseman Shane O'Brien, who is filling in for Gudbranson, picked up his first point with the Panthers by assisting on Dylan Olsen's second period goal.
O'Brien could get a homecoming of his own Friday as the Panthers travel to Calgary. O'Brien spent part of last season with the Flames before being banished to the minors after having a falling out with coach Bob Hartley.
-- Washington holds a 2-0-1 series lead on the Panthers with all three games decided by a goal.
The first two went to shootout -- including last month's epic 20-rounder which Florida won in Sunrise.