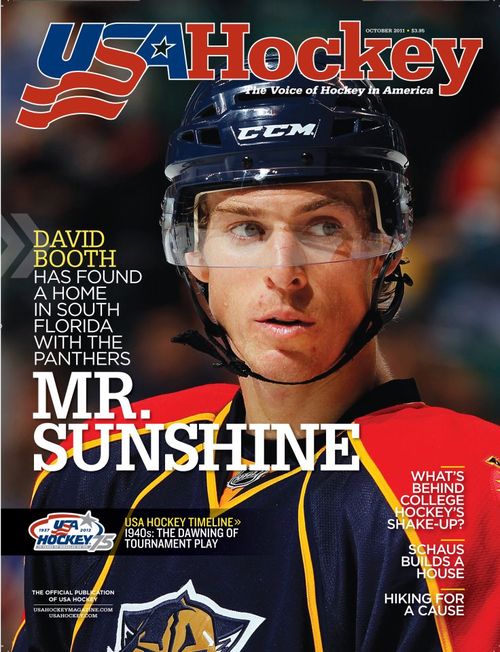 David Booth is a member of the Florida Panthers once again after the winger accepted a professional tryout Wednesday and will contend for a roster spot at training camp.
Florida will open training camp on Sept. 17 with the first on-ice workout coming Sept. 18 in Coral Springs.
Booth, 30, spent parts of six seasons with the Panthers from 2006-11.
Florida traded Booth to Vancouver six games into the 2011-12 season for Mikael Samuelsson and Marco Sturm.
In 309 games with the Panthers, Booth scored 87 goals with 80 assists and led the team in goals twice.
Booth's best season with Florida came in 2008-09 when he scored 31 goals with 29 assists.
Booth signed a six-year deal with Florida worth $25.5 million in 2009, but his numbers started to slip after suffering a major concussion when struck by Philadelphia's Mike Richards early in the 2009-10 season.
Booth missed 45 games after Richards' hit then was lost for the remainder of that season after suffering a second concussion on a hit from Montreal's Jaroslav Spacek.
Although Booth scored 23 goals for the Panthers in 2010-11, he has just 17 over the past three seasons and the final year of the contract he signed with the Panthers was bought out by the Canucks before last season.
The Detroit native scored seven goals in 59 games for Toronto last year.
Florida selected Booth in the second round of the 2004 NHL Draft.
Some notes on Booth's return to the Florida Panthers:
-- The only real teammate Booth played with here who remains is defenseman Dmitry Kulikov.
-- Booth played six games with the Panthers in 2011-12; aside from Kulikov, only defensemen Brian Campbell and Erik Gudbranson remain from that team. They were both in their first seasons with the team that year.
-- Bryan McCabe, Florida's captain during some of Booth's time with the Panthers, remains with the team as director of player development.
-- The No. 10 Booth wore with the Panthers is available if he wants it. Booth wore No. 7 once moved to Vancouver and that belongs to Kulikov.
-- GM Dale Tallon traded Booth to Vancouver in his second season with the team.
-- Marco Sturm, who came over from Vancouver in the 2011 trade, remains in South Florida and is running the team's informal workouts in Coral Springs.