« GOOD NEWS FOR PANTHERS: Sasha Barkov will not need surgery | Main | MISSING, BUT FOR HOW LONG? Jaromir Jagr leaves Panthers' 4-1 win over Colorado ... Gallant, Tallon don't think it's too serious » 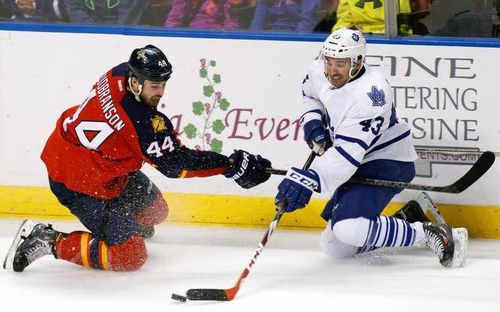 TWITTER: @GeorgeRichards
As a center on Florida's playoff team in 2012, John Madden said Erik Gudbranson -- then just a rookie -- was the Panthers' best defenseman against the Devils.
Now the team's defensive coach, Madden is seeing similar play from the 23-year-old who is second on the team in ice time and one of just two averaging over 20 minutes a night.
"I thought he was just fantastic in the playoffs that year,'' Madden said.
"Playing D in the NHL is not easy and you'll see that from guys stepping in at 18, 19 years of age. I think he's come a long way, his game has matured and he's taken the mistakes out. He knows when to be physical, when to go. I feel he's been our steadiest defender. This is really been his coming out year.''
Gudbranson and captain Willie Mitchell have been defensive linemates since last season and lead the Panthers in ice time through the first eight games.
There's a reason for it.
Not only has Gudbranson matured into a strong defensive player, but he and Mitchell have developed a strong chemistry and have become Florida's top shutdown pairing. Madden has even noticed that when he throws those two on the ice, some teams shy away from putting their top forward line to oppose them.
"Believe it not when I put those two out on defensive faceoffs,'' Madden says, "the other team doesn't put their offensive line out. When I see that, I know teams are worried about them and they're doing all the right things.''
Gudbranson, the third overall pick in Dale Tallon's first draft in 2010, was perhaps rushed into the league in 2011.
Various injuries also played a role in Gudbranson's slower development than the team had hoped.
Yet now, the Panthers are receiving the dividends for the experience Gudbranson got during that time.
"He was a third overall pick who played as a 19-year-old,'' coach Gerard Gallant said. "Sometimes that is tough when the team isn't as good as you had hoped. I think now he's better and we're playing a better defensive game."
Although Gudbranson struggled at times and made his share of mistakes, he looks much steadier these days and is playing with plenty of confidence.
Gudbranson played in his 250th NHL game -- not counting the seven postseason games -- on Oct. 17 against Dallas.
"It means a lot to a player and your confidence when you know your coach has faith in you and puts you against the best players in the world every night,'' Gudbranson said.
"This is what you want to do; you work hard for this and it's a great opportunity. I'm relishing the task every single night. I've molded my game around it and given myself the identity I've wanted since I got in the league.''
Gudbranson says a big reason for his stronger play is simply maturity as he feels he is more patient than before.
Being paired with veteran players such as Ed Jovanovski before and now Mitchell has helped as well.
"I'm more patient, more aware and I have more hockey knowledge,'' Gudbranson said. "Mitchell has helped me simplify my game. It's a good mix that's needed."
Said Gallant: "I think Gudbranson has been outstanding this year, really has played well. I think he has been great, is happy with his role playing against the best players. He's a fifth year player. You look at him as a veteran player who is playing very well.'' 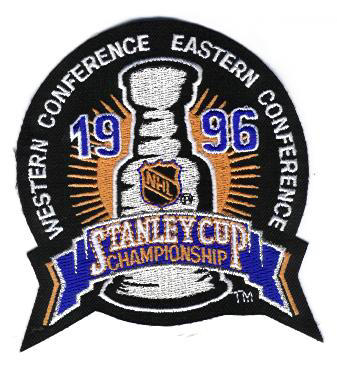 Scouting report: This is the 20th anniversary season of the Panthers advancing to the Stanley Cup Finals and being swept by the Avs. Colorado went winless in a two-game homestand by being shutout by Carolina and watching Columbus pick up its first win of the season. Reto Berra starts in net for the Avs.