BACK IN JERSEY: Panthers hope to keep up winning ways although Newark is rarely kind ... Jaromir Jagr returns to the ice ... Reilly Smith keeps on scoring 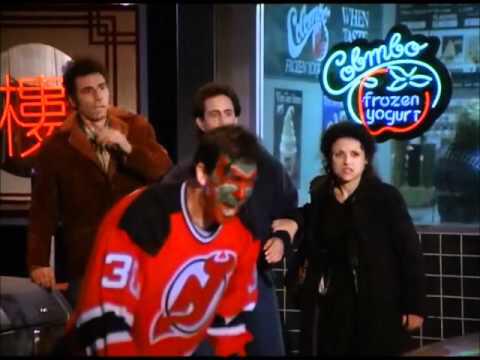 TWITTER: @GeorgeRichards
NEWARK, New Jersey -- After the Panthers lost their third consecutive game on Nov. 23, coach Gerard Gallant made some wholesale changes.
When the team came back to practice a few days later, Gallant had shuffled all four of his forward lines as well as his three defensive pairings.
The changes quickly paid dividends as Florida ended its losing streak with a shootout win against the Islanders.
Things have been going pretty good ever since.
The Panthers visit New Jersey Thursday night with wins in six of their past eight roads games -- one of the losses was to the Devils here on Dec. 6.
Since changing things up, Florida won five consecutive games and seven of the past 10. The Panthers came into Wednesday two points back of a playoff spot.
"We had a tough stretch there but we battled back from that and have been playing well,'' Gallant said after Wednesday's workout at Prudential Center.
"Definitely there was some concern when we went 3-6-3. We're back in and need to keep winning. I didn't think we were playing all that bad but we weren't getting points and it was getting frustrating. Sometimes you beat yourselves up.''
The Panthers are definitely playing with more confidence and have found success with a simplified game.
On Tuesday, the Panthers faced an Islanders team which hadn't lost in regulation in three weeks and despite all their injuries and illnesses, won 5-1.
Roberto Luongo was a big reason for Tuesday's success although so too was strong play from all four forward lines and a solid outing from Florida's six defensemen.
"I think we're confident in the way we're playing and feel we could have won the games we've lost,'' Willie Mitchell said. "I think we've become real connected as a group, a lot more predictable on the ice. There's a lot less running around out there. Everyone becomes faster.''
The Panthers are battling with New Jersey for playoff positioning in the Eastern Conference and felt they played well enough to win here a few weeks back.
Florida fell behind 2-0 before playing a strong 40 minutes only to come up short against goalie Cory Schneider and lose 4-2.
Since Gallant's restructuring, Florida has really only played poorly in one game but still had a chance to pull out a win Saturday in Boston.
"Either at home or on the road, I think we've been playing some good hockey,'' Erik Gudbranson said.
"We didn't feel like we played our game in Boston, but aside from that one, we've been coming out with the same mentality consistently. That's been positive for us. We had a couple games where we did things the right way. It cemented the fact that if we play that way, we'll be successful. We know how we have to play night in and night out.''
-- Jaromir Jagr missed Tuesday's game with the flu but was back at practice Wednesday.
Jagr said he was stuck in his hotel room for three days with the illness and appeared happy to be back on the ice working up a sweat. He said he'll be back in the lineup against the Devils.
"It was tough, three days of not doing anything,'' Jagr said. "I'm a little tired today. ... I'll play, I just needed to work out. My whole body is sore. I just need to be careful.''
-- Reilly Smith, who came to the Panthers in a deal with Boston for Jimmy Hayes in July, took over the team lead from Jagr with his ninth goal on Tuesday.
Smith has goals in three of his past four games and is on track to score 24 this season. Smith's career high is 20 goals scored with Boston two seasons ago.
"I knew what type of player he was but didn't know he was this good,'' Gallant said. "He has fit in good, is playing well with his teammates. He's a little better than I thought he was to be honest. He has skill and can score.''
Thursday: Panthers at Devils
When, Where: 7 p.m.; Prudential Center, Newark, New Jersey
TV/Radio: FSFL; WQAM 560, WMEN 640
Series: New Jersey leads 52-28-7
Scouting report: The Devils thwarted Florida's hope for a franchise-record sixth consecutive road win with their 4-2 win here on Dec. 6. New Jersey, which beat Buffalo on Tuesday, hasn't won consecutive games in over a month.