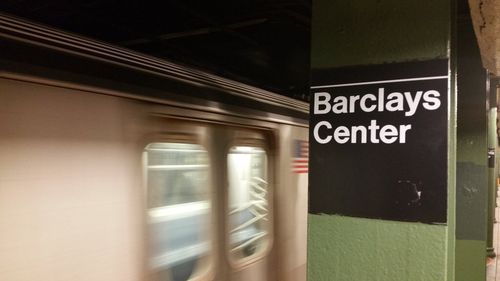 TWITTER: @GeorgeRichards
BROOKLYN, New York -- The Panthers came into Tuesday's game underdogs against an Islanders team which hadn't lost in regulation in almost a month.
Factor in that the Panthers were missing perhaps their top offensive weapon and three of their opening night centers and the smart money was on the Islanders.
Florida still had Roberto Luongo and at times, that was enough.
With Luongo stopping 33 shots and Florida getting goals from all over its roster, the Panthers won their debut at Barclays Center 5-1 over the Islanders.
New York came into the night an NHL-best 8-0-2 in its previous 10 games. The Panthers have now beaten the Islanders twice in the past three weeks.
"It seems like no matter who we play, if they don't give us a chance to win, we're right there with them,'' said Vincent Trocheck, who gave the Panthers a commanding 4-1 lead early in the third.
"When we go out and play our game, we're a good team. This team, our culture here, is us coming together and not playing as individuals.''
The Panthers, missing Jaromir Jagr to the flu and three other centers to various maladies and assignments, looked rough from the start. For the first 18 minutes of the first, it was all Islanders as the Panthers didn't get their first shot off against Jaroslav Halak until midway through the period.
Luongo, however, was quite busy as he stopped 19 shots in the opening period helping the Panthers go in at the first break still scoreless.
"We were down a few boys and we weathered the storm in the first,'' said Luongo, who was awarded top star honors. "We came out in the second, got some goals, and it really gave us some confidence.''
Florida struck first early in the second with Reilly Smith -- who missed Monday's practice with the flu -- scoring on his team's fourth shot 1:51 into the period. Sasha Barkov, also on the sick list Monday, made it 2-0 with a pretty backhanded shot six minutes later. 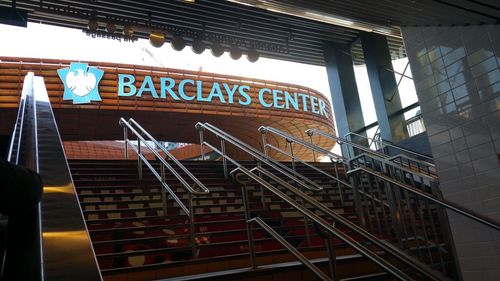 "We got some momentum in the second and played a lot better after that,'' coach Gerard Gallant said. "We played everyone, no one sat on the bench and we went four lines.''
The Islanders finally solved Luongo at 12:37 of the second, but the Panthers answered quickly after Aaron Ekblad made it 3-1 a mere 30 seconds later.
A number of fans started heading toward the subway station when Trocheck made it a three-goal game. Jonathan Huberdeau was awarded an empty net goal with 3:43 left for the final tally of the night.
"We found a way to get it done,'' Luongo said. "It's my job to make the saves, keep the boys in it. Then we found our legs in the second. That's part of being a team. Different guys have to step up at different times. Maybe they leaned on me in the first, but they got rewarded later with a strong performance.''
-- The Panthers sent struggling center Dave Bolland to their AHL team in Portland, Maine, in hopes he gets his game back on track.
Bolland, who is Florida's highest-paid forward at $5.5 million per season, has just one goal and five points in 25 games so far.
In the past few weeks, Bolland has been benched as well as being played on the wing on Florida's fourth line. In his past 11 games, Bolland has just two shots on goal.
"We want him to get back to what he was in 2010 and we both agree,'' said general manager Dale Tallon, who brought Bolland to Chicago when he was with the Blackhawks.
"We want him to get some confidence in the offensive side of the game. I think he hasn't played much hockey and the contract has become a burden. He's being extra cautious and he's lost a little bit of his mojo.''
Bolland wasn't placed on waivers and can stay with Portland for two weeks under his conditioning assignment. Bolland is being paid his full NHL salary and his cap hit continues to count against the Panthers.
"You want him to play better, work harder, compete harder and score some points,'' Gallant said. "This is just something to try and jump-start him I guess.''
-- Center Nick Bjugstad hasn't skated since leaving the Panthers practice in St. Louis on Nov. 30 after complaining of migraines Tallon said Tuesday.
Tallon said the mystery is what is causing them.
"We're testing for everything,'' Tallon said. "He was good today and I think he's day-to-day. We want to make sure he's 100 percent.. We're not going to mess with this.''