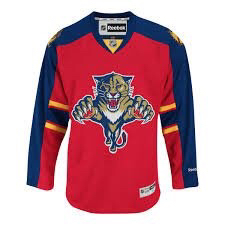 TWITTER: @GeorgeRichards
The Panthers will have a brand new look next season.
According to a source within the organization, the team is completely rebranding itself for the 2016-17 season.
The Panthers will have new jerseys replete with a new logo as well as a possible new color scheme.
I was told the team's traditional red-gold-blue colors will be similar, but that's pretty vague.
As far as the Florida look goes, the team hasn't had much change since joining the league as an expansion team in 1993.

As it has been explained to me, expect a horizontal logo (like the Blackhawks, although perhaps in a circle crest) on a horizontal striped sweater (like the Canadiens). The alternate palm tree/hockey stick logo will likely be lost in the transition.
Florida's original 'leaping cat' logo has remained a constant since 1993 although there was one minor tweak to it when an alternate blue jersey was introduced in the late 1990s that had the cat holding a broken hockey stick. 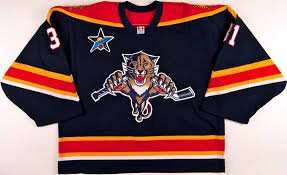 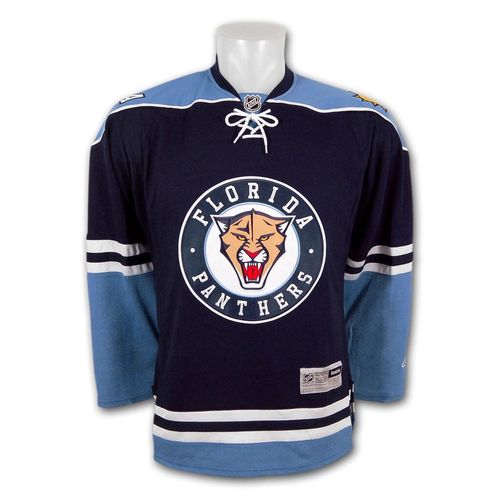 The Panthers also experimented with an alternate jersey under their previous ownership/management in which two shades of blue -- nicknamed the 'JetBlues' because they were rumored to have been designed to lure the airline to become a major sponsor (they did) -- and a circular logo with the Panther head were used. 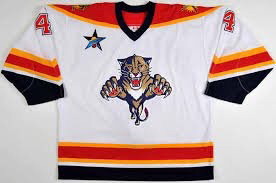 Those jerseys were retired after a lukewarm reception from fans.
When I see the new look, I will definitely pass a description along. Remember, this is the first place the 'JetBlues' and current red home jerseys were unveiled.
Stay tuned.