DOWN AND OUT: Panthers lose 3-0 to Red Wings, Sasha Barkov hurt on hit from Justin Abdelkader ... Barkov out Tuesday in Buffalo 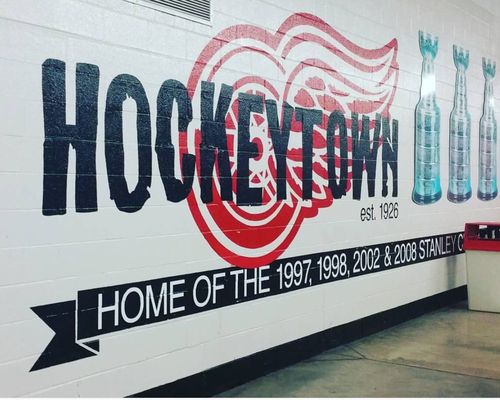 TWITTER: @GeorgeRichards
DETROIT
The Panthers lost both a game and one of their best players Monday night.
During Florida's 3-0 loss to the Red Wings at Joe Louis Arena, top-line center Sasha Barkov was hurt after being leveled by Detroit's Justin Abdelkader midway through the second period.
The team officially said Barkov left with an 'upper body' injury although he got hit directly in the head by Abdelkader in a brutal open ice check in which Abdelkader sized Barkov up and drove him to the ice.
"I don't know if it was an elbow or a shoulder, but he got him in the head and it's a head shot,'' Nick Bjugstad said.
No penalty was called on Abdelkader -- although Florida's Alex Petrovic was charged with cross-checking -- which incensed the Panthers.
"It was a cheap hit, I don't know how the ref didn't call it,'' Bjugstad said. "It was frustrating, the whole bench felt that way. We're not happy with it. It turned the game around. Barkov has tough shoes to fill. It looked pretty serious. We'll see how the league handles it and I think they will. I just don't know how it wasn't handled on the ice."
Said Jaromir Jagr: "They are going to do what ever the referees allow them to. It's up to the referees for it to stop."
Barkov is believed to have been removed from the game due to the league's concussion protocol.
When Barkov will return to the lineup is unknown but he will miss Tuesday's game in Buffalo.
The Panthers lost six of 10 when Barkov was out with a broken bone in his hand earlier this season.
"You hate to lose your top player, but that's part of the game,'' coach Gerard Gallant said. "We're disappointed to lose him. I thought it was a cheap shot but the referees didn't see it that way and explained to me it was a clean check. It's tough. It happens quick and we get to see the replay. I think it'll be looked at. [Abdelkader] left his feet a little and got him in the jaw."
During the game, the Panthers -- who had won five consecutive games at the aging and soon to be replaced Joe Louis Arena -- and Wings were scoreless through the first two periods.
Backup goalie Al Montoya held down the fort as long as he could Monday as Detroit, which lost 6-3 in Sunrise last Thursday, came hard at the Panthers and were outshooting Florida throughout.
Detroit finally broke the scoreless tie 4:19 into the third when Tomas Tatar got in front of the net and deflected a Jakub Kindl shot and got it past Montoya.
Midway through the period, Detroit made it 2-0 when Pavel Datsyuk took advantage of the Red Wings' fourth power play chance and whipped a shot from 45 feet out that got through.
Minutes later, Datsyuk ended things with 7:26 left when he walked in on Montoya off a slick Henrik Zetterberg feed and beat Montoya.
The Panthers' six-game point streak ended with Monday's loss as they head to Buffalo with two consecutive losses and their first shutout since a 6-0 beatdown in Calgary last month.
Florida will be without shutdown defensemen Willie Mitchell and Erik Gudbranson as well as Barkov.
A roster move is expected.
"Barkov is a big piece of our team, the engine who makes everything go,'' Brian Campbell said.
"We'll see if guys step up. Just because we lose Barkov doesn't mean we have to start making mistakes."

--Center Vincent Trocheck was honored by the NHL as its third star of the past week after scoring three goals with three assists as the Panthers went 2-0-1 against Washington, Detroit and Pittsburgh.
"I'll take it," said Trocheck, who came into Monday leading the Panthers with 17 goals and fifth on the team in scoring with 33 points.
-- Gallant said Erik Gudbranson did not travel with the team to Detroit so Tuesday's game in Buffalo will be Florida's third without perhaps their best shutdown defenseman.
Willie Mitchell also isn't with the team and will have missed eight games by the time the Panthers return home.
Tuesday: Panthers at Sabres
When, where: 7 p.m.; First Niagara Center, Buffalo
TV/Radio: FSFL; 560 WQAM, 640 WMEN
Series: Buffalo leads 46-37-4
Scouting report: Roberto Luongo finally gave up a goal in Buffalo during Florida's 5-1 win there on Jan. 5 snapping his three-game shutout streak at First Niagara Center. With a win, Florida would win the season series over the Sabres for the sixth consecutive year.