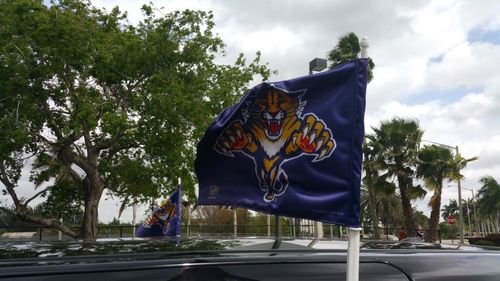 CORAL SPRINGS
Florida Panthers coach Gerard Gallant seemed to be taken aback a bit by all the media coverage at Monday's morning practice although he wasn't shying away from it.
With the Panthers and the Miami Heat both heading into the postseason, this is a fun time to be a sports fan in South Florida.
"It's a little different, yeah," Gallant said as he glanced at the numerous television cameras and microphones shoved in his general direction.
"I think our team has taken big steps and there's a lot more excitement around and that's a lot of fun. When you talk about two years ago, the start of this season, it's about getting more fans in our building, more media, more publicity for our team. This has been outstanding. The guys have worked hard and created what they have today.
"Hopefully we'll go into the playoffs, relax and have fun and just go about it as another game. Everything we've talked about for the past two years is starting to happen. It has been fun.
"We weren't lying, weren't kidding people about how good our young players are and how good a team we thought we were. This season we played well all season long. I didn't think we'd win the Atlantic when the season started but I thought we would be in a playoff spot."
-- Dale Tallon: "We have a lot of pieces still coming. I like the foundation of our team; the depth chart is very balanced and as a result we were able to get 103 points and win our division against some tough competition.
"We're headed in the right direction. I like the present and I like our future as well. These are great times for the Florida Panthers."
-- Tallon on his excitement level for the playoffs: "I'm pumped. I'm ready to go. I'm hitting the ball about 15 yards farther right now."
-- Roberto Luongo's first playoff game in Vancouver back in 2007 went four overtimes. As long as that doesn't happen Thursday, expect him to be back in net for Game 2 on Friday.
Luongo pointed to playing back-to-back home games against Chicago and Tampa Bay in January as good preparation for this upcoming challenge.

-- Gallant said having the experience of players such as Jaromir Jagr and Shawn Thornton -- as well as the continued presence of captain Willie Mitchell -- helps Florida's young players out.
As I will report in tomorrow's Miami Herald, eight of the 20 players Florida is expected to line up Thursday are making their playoff debut.
"I think it helps your room, for sure," Gallant said. "The experience is there but it's all about getting ready to play. Our young guys will work hard and our leadership has been good these two years. That's why we're at today."
-- A number of Florida players already started growing out their playoff beards -- Rocco Grimaldi isn't cheating and shaved on Sunday -- although some are struggling with the facial hair.
"I'm not a big playoff beard guy," Tallon said. "I think it looks like crap, personally. But whatever it takes. If I have to grow one, I'll grow one."
-- The Panthers don't seem too upset with the compressed schedule.
Because of a concert in Sunrise on Wednesday and a two-day boxing event in Brooklyn, the two teams will play back-to-back games at BB&T Center with a third game in four days on Sunday.
"Both teams have to play the same schedule,'' Thornton said.
"I'm OK with it. It doesn't matter. It's not like back-to-backs during the regular season when one team is rested. We both have to do this. I embrace it, not bitch about it."
-- With Vincent Trocheck apparently out for at least the start of this series, Grimaldi will likely continue centering the third line. Grimaldi is definitely making the most of his recent chance and has played well.
"He's confident and is playing center like he likes to do," Gallant said. "That's his natural position and he's fitting in well. That line is playing very well. Hopefully he can keep doing what he's doing because he's playing well."
-- As far as the Islanders tanking to get to the Panthers instead of the Islanders:
"I've been around many times and there are no easy series in the NHL," Luongo said. "It doesn't matter who we play, every series is a grind. It's going to be a tough series no matter who we play. Vise versa for them. It doesn't matter what they did or who they want to play. Once the puck drops, it's going to be a battle."
-- Gallant says he's not changing the way he goes about his business.
"I'm not changing my approach at all," he said. "We're going to do a little more preparation to get ready, but we're going to play a team from four-to-seven games so there aren't many adjustments you can make. Maybe in the first or second game you make som adjustments, but it's mostly about playing your game and executing your game and playing well."
-- Tallon on the satisfaction of this season's success: "It's been gratifying but we're not anywhere where we need to be yet or where we want to be. Last year we were the most improved team in the league and we continued down that path this year despite some key injuries.
"I'm really proud of our coaches, our whole organization and especially our players. They really are a good group and I really want the best for them. .. And I'm really happy for our fans who have been patient and have put up with us for a long time."
-- Center Dave Bolland remains on the injured list and isn't expected to return to the Panthers.
Bolland, who signed a five-year deal worth $5.5 million per season in 2014, hasn't skated since December because of chronic back and ankle issues. 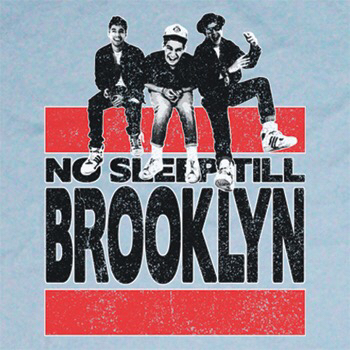