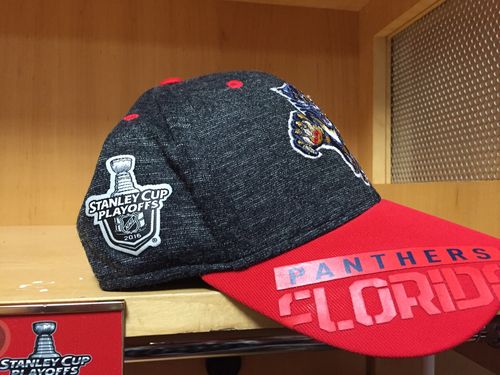 -- On late change to being in the lineup for Wednesday's Game 4
"I was already on my way up to the press box to watch the game and then I got a phone call saying I had to play because of [Dmitry Kulikov] obviously. He did a great job. But I found out five minutes before the game that I needed to get dressed.
"That hasn't happened before. I'm on the way to the press box and I get a phone call."
-- On being scratched, staying prepared
"I don't think I'm playing tonight, but I have to be ready to play, the team has done well since there's been some changes. I just have to stay patient, do my work off the ice and stay positive and wait for my chance. This is a good group, whoever steps in does a great job. I'm staying positive. When the chance comes, I need to take advantage. This is nothing new. Of course I want to play, but if you don't make the lineup you want to support the team and help your teammates and make them feel good about themselves. I just have to wait for my chance."
-- Watch the Detroit series on your off day?
"No, I just kept checking my app and saw [Tampa Bay] got a goal there at the end. It's too bad. The playoffs are a different series and I wished them luck, for sure."
-- On Pavel Datsyuk
"That's sad, of course. He's been around so long, led by example every day how he worked on and off the ice. He was just incredible to be part of being his teammate all these years. I really learned a lot from him and wish him the best. It's too bad for the sport of hockey, for the NHL, to have a guy like that -- who could still play for a long time -- leave. Again, it's his choice if he decides to go back. He's had a great career here."
GREG McKEGG
After warming up for Game 4, McKegg was told in the locker room by assistant coach John Madden that the Panthers were going with seven defensemen and he was out of the lineup.
-- On being the late scratch on Wednesday
"That's playoff hockey. Things change pretty quickly. You have to be prepared to play whenever you get the call. Fluky things happen in the playoffs. You need to make sure you're good to go."
-- Tough being told you're out after warmups?
"It is what it is. Obviously anytime you think you're playing, you get excited and are ready to go. But at the same time, we got the win and that's the best thing."
GERARD GALLANT
-- On the possibility of Vincent Trocheck playing:
“There’s a possibility for tonight, actually. I’m not saying he’s playing tonight but it’s going to be a game time decision. He’s skating well, he feels real good so we’ll make a decision tonight.”
-- On Trocheck being out:
“It’s pretty close to four [weeks]. He’s been missed, he’s a big part of our hockey team and he was playing great hockey before he got injured. He’ll be a big help to our lineup but again he’s missed four weeks now so it’ll be tough. But like I said, we’re going to get him back soon whether it’s tonight or Sunday or game seven, we’ll see.”
-- Have the Panthers controlled the flow of the game:
“I thought we’ve played real good, but again this series has been like we talked about, it’s two evenly matched teams. It’s real close hockey. I mean I don’t know if anyone has had a two-goal lead for very long in this series. It’s been one goal leads and ties most of the series and it’s been a battle. You just got to go out there and you got to be focused and you got to play your game and if you let up a little bit, if you take some bad penalties then the other team might get some opportunities. Just have to keep being consistent, playing hard and staying with their program.”
JUSSI JOKINEN
-- On the series:
“Yeah it’s been a great series, it’s been very fun to play. This time of year it’s fun to play these games and you know it’s two really even teams. Huge game for both teams tonight.”
-- What makes playoff games so different?
“Yeah I think you get chills every time you go out on the ice, and every game is so huge, every play is so huge. It’s like I said, every play can make a difference whether you win that game or win that series or not. It’s so fun to be a part of these games.”
-- What do you need to do better?
“I like how we’ve been playing pretty much all four games. Obviously there’s always something to do a little better, but overall I like how we’ve been playing, playing all these four games. Just keep playing the same way and I like our chances.” 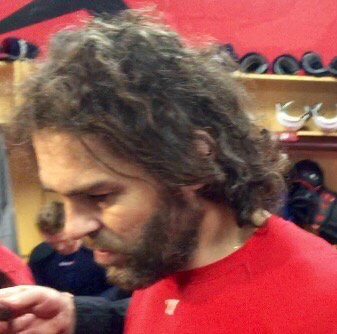 JAROMIR JAGR
-- On Florida carrying the flow:
“If we had it would be over right now, but we know they are a very good team. They have more experience than us, at least some guys. Tavares is very dangerous.”
-- On Vincent Trocheck being close to return:
“Well it would be huge, there’s no question about it. The way he played all season, he was a great player for us and probably the biggest surprise on our team. On the other side don’t forget he missed a lot of games, so it’s not easy just to… he couldn’t do anything, he couldn’t even practice. You know, it’s not easy to just jump in and start playing again.”
-- On the energy from Florida's home crowd:
“You could see it all over the league when you watch the games. It’s crazy, nobody really understands. If you’ve never ever been involved in an NHL playoff game, you don’t really understand how great it is. That’s the reason I came back from Europe. Just missing that kind of part of the game, it cannot compare to anything else. Just the playoffs in the NHL with the fans and the media and everything around it, it’s exciting.”

JACK CAPUANO
-- On Marek Zidlicky joining the lineup in Pulock’s absence:
“Z (Marek Zidlicky) is an experienced guy. Like I said, I think him and Hicks (Thomas Hickey) have some experience together. It’s tough to lose another guy. I thought (Pulock) was really playing well for us as a young guy, coming into his own. He really helped us on the power play as well, so hopefully he can get better soon.
“Z is an experienced guy he’s been in this situation before. He can add to our power play with the shot he creates from the point.”
-- What do you need to see from your team tonight in game five with the series tied 2-2?
“I think this group at this point in time knows what they have to do again. I don’t think there’s any thing or a formula that we need to reinvent the wheel here. We know what Islander hockey is all about, we know the way we need to play. We have certain guys that have to player better there’s no question, I think guys know that. But at the end of the day Florida’s a good team, we know what they are going to do. I just want to make sure we concentrate on what we do and the effort that some guys put forth here.”
MATT MARTIN
-- On Game 5:
“In a 2-2 series, it’s a big game and its one we want to step up in. We want to be effective and obviously we’re relied upon to be physical and provide energy and we just need to do a little bit more. I think tonight is a very good opportunity for us to provide that.”
-- On plaing Florida
“I think they’re a good team and I think we obviously knew it was going to be hard, it wasn’t going to be easy. We expect a lot of ourselves and we want to provide offensively. Most importantly we want to bring energy and be reliable, really set the tone. I think tonight is a good chance for us to get back on track.”
-- On controlling the start of the game:
“I think we need to get off to a better start. We haven’t had a good start in any of the four games so far this series, but yeah it’s going to be loud in here, that’s what home ice advantage is. We have to get pucks deep early on and be physical and really limit their chances. We have to try to take the crowd out of it as early as possible.”