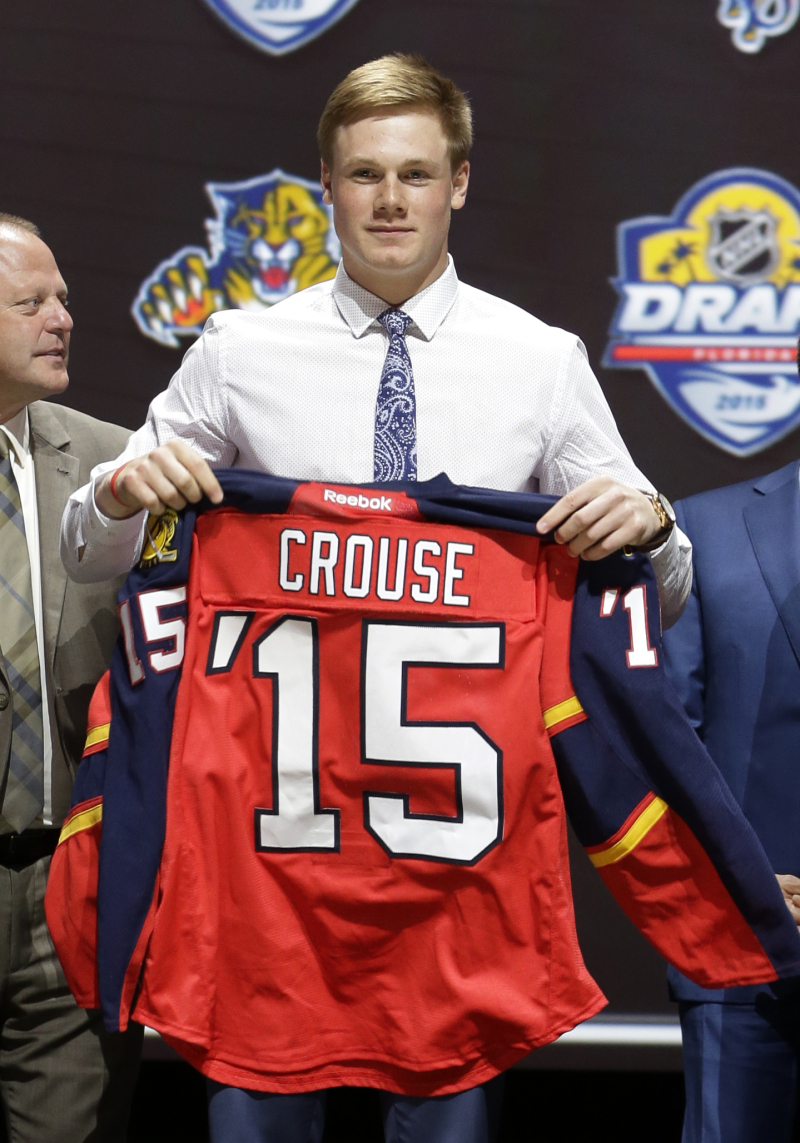 The Panthers were finally able to find a taker on the remainder of Dave Bolland's contract Thursday with the Arizona Coyotes taking on three years of $5.5 million per.

Of course, the Panthers had to give something up: top prospect Lawson Crouse.

Florida's top pick (11th) in the 2015 draft held in Sunrise, Crouse was expected to make a run at a roster spot in the coming weeks once training camp opens.

His chances seem better to stick with the Coyotes than they did to stay with the Panthers; because of his age, Crouse can either play in the NHL or go back to his junior team.

Here's my story on the deal...