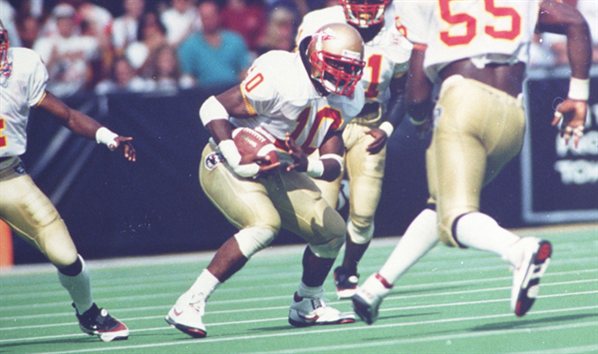 Alongside former NFL head coach Tony Dungy, Brooks was honored for his work in the state of Florida and his commitment to charity and social work in the Sunshine state.

“It is my distinct honor to present these two ‘Great Floridian’ awards to former Buccaneers Coach Tony Dungy and former Buccaneers Linebacker Derrick Brooks," said Rick Scott. "Tony and Derrick represented Tampa Bay with pride, on a national stage, during their tenure with the Bucs, and have each gone on to improve the lives of Florida families.

“Derrick has devoted his post-football career to positively impacting Tampa Bay’s families by providing better opportunities in our classrooms. And Tony has extended his helping hand to those youth in-need, striving to give each child the chance to live their American Dream.”

Only 67 individuals since 1981 have been given the honor, those honorees represent former governors, civil rights activists, military heroes, Florida Supreme Court Justices and others.

Said Brooks: “It is a humbling honor for me to receive an award of such distinction today from Governor Scott and I am grateful.  I take pleasure in doing all I can for our community and I am proud of everything we have been able to accomplish through my Foundation. I look forward to continue making a difference where I can, especially for the young people in the State of Florida.”

Brooks starred at Florida State from 1992-1994 and played a large role on the Seminoles' first national title team in 1993. He was drafted in the first round, 28th overall by the Buccaneers where he would play his entire NFL career, from 1995-2008.

In the NFL Brooks was an 11-time Pro Bowler, was named all-Pro nine times, was the Walter Payton NFL man of the year in 2000 and is on the NFL all-decade team for the 2000's.

Since retiring Brooks has gone on to work for the Arena-league Tampa Bay Storm while continuing his philanthropic efforts in the Bay area.

Check below for a couple videos of Brooks receiving his award: