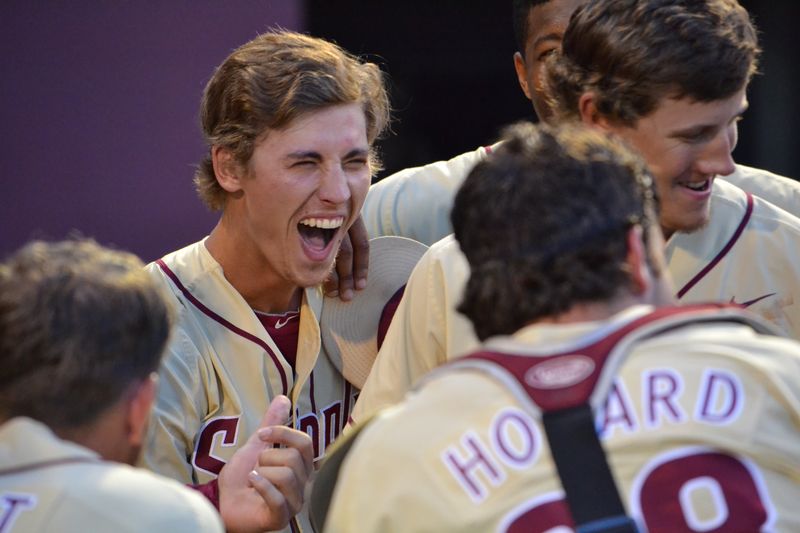 The Tallahassee NCAA Regional has now come and gone. Florida State rolled easily through the weekend, going 3-0 by a combined 32-4 margin to earn the right to host their sixth straight Super Regional. FSU has now won 19 straight NCAA Regional games.

Weaver was superb on Saturday night, striking out a career high 14 batters and holding Troy to just four hits and no walks without allowing a run. A potent Trojan lineup was rendered impotent by Weaver's fastball and his pin-point control.

Joining Weaver on the All-Regional team are Jose Brizuela, DJ Stewart, Seth Miller, Marcus Davis and Scott Sitz. Stewart hit a Regional-best .636 and was definitely worthy of MVP honors himself. Brizuela hit .400, McGee .500 and drove in five RBI's and Davis his .333 and drove in six. Sitz of course went seven scoreless innings on Friday to get the Seminoles into the Winner's bracket after their opener with Savannah State.

Here is the complete Tallahassee All-Regional team and below, is my own personal ballot.