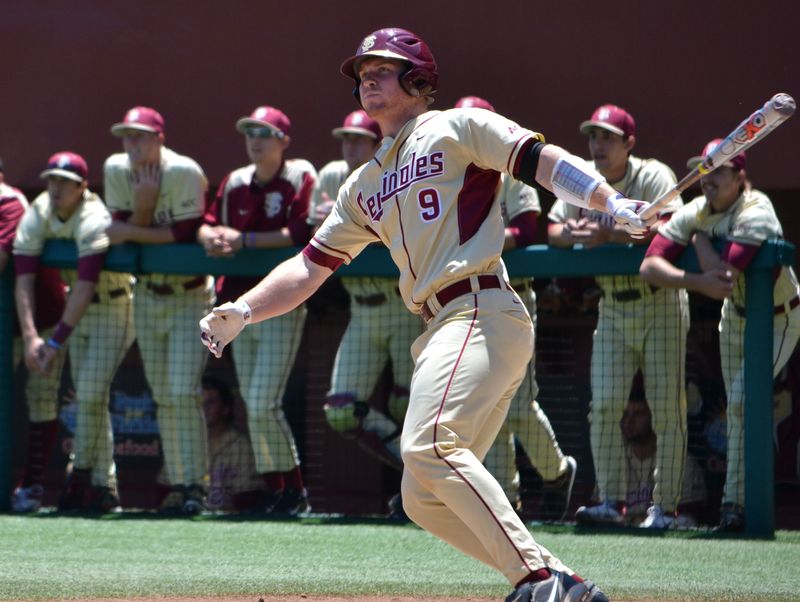 As Mike Martin sat in front of the press last Sunday, still making sense of the Seminoles' Super Regional sweep at the hands of Indiana, he was asked a question about next year's team.

Florida State had five players selected in the Major League draft this year, and after 34 years at the helm Martin has seen more than a few of his teams lose key components a year early to the Majors plenty of times.

Four juniors were selected this year, the highest being Stephen McGee who was drafted by the Angels in the 9th round. On Wednesday, the redshirt junior catcher announced his intentions to leave FSU early and sign a professional contract.

McGee has already earned his degree from Florida State, most expected he would turn pro when he was selected.

In his career at Florida State, McGee hit .261, drove in 97 runs and homered 9 times. He truly came on this year when asked to provide leadership to an extremely young Seminole team. This season he hit .286 with and OBP of .449. He also drove in 52 runs and all nine of his career home runs came in 2013. With McGee in the middle of the Seminole lineup, FSU was able to win the Atlantic Division of the ACC, sweep through their Regional and host the sixth consecutive Super Regional at Florida State despite having lost six players to the 2012 Draft off their CWS team.

McGee was the 277th overall pick. Florida State has three other juniors, Peter Miller, Marcus Davis and Robby Coles, that were also drafted.