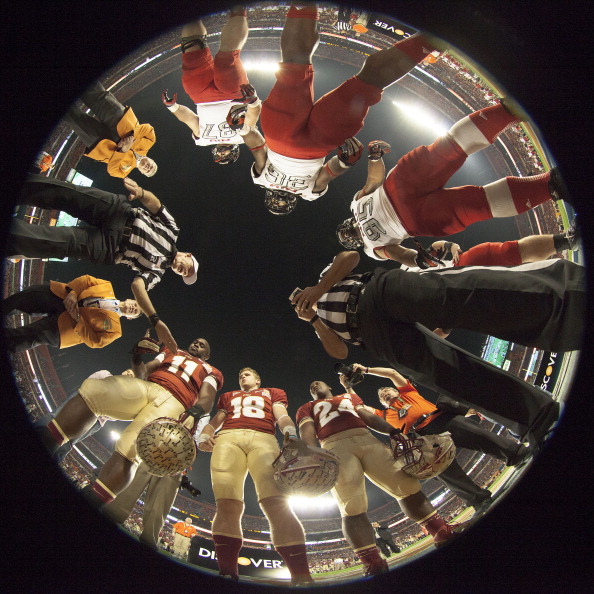 The first USA Today/Coaches Poll came out today and the Florida State Seminoles will open the season ranked as the 12th best team in the country.

A year after going 12-2 and winning the ACC, Florida State was hit hard by graduation and the draft. Defensively the Seminoles lost Bjoern Werner and Xavier Rhodes a year early (both were first round selections) and must also break in new players along their line and at linebacker.

Offensively there are questions at quarterback, where EJ Manuel has moved on and- despite a strong showing from Jameis Winston in the Spring- Jimbo Fisher insists a competition will unfold at the start of Fall camp between Winston and Jacob Coker.

Florida State should still be favored in most of their games this season but road dates with Clemson and Florida could prove challenging to a team breaking in a new QB. Clemson, who starts the season ranked 8, was picked to win the ACC during the conference's recent media weekend.

Clemson and Florida State were the lone ACC schools ranked. UF opens the season ranked 10th. Miami received 101 votes and is just two spots outside of the top 25.

Alabama, Ohio State, Oregon, Stanford and Georgia were ranked one through five in the preseason poll.