Five Things To Watch For: FSU at Clemson 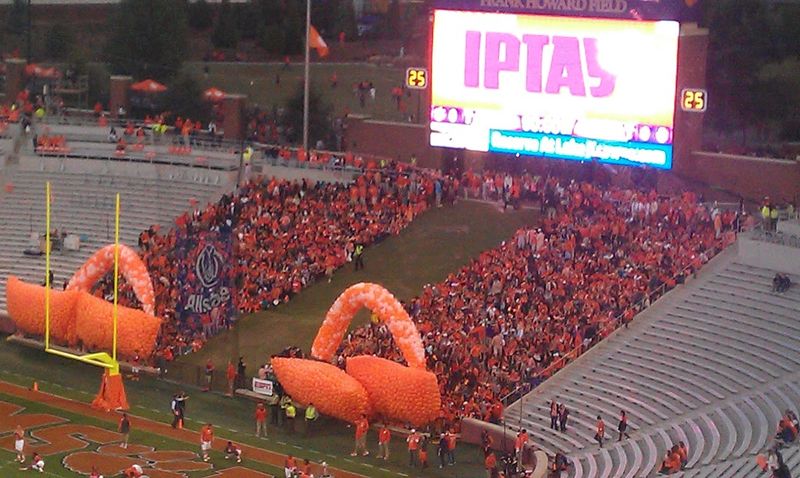 Here are five things to watch for when FSU takes on Clemson tonight.

Death Valley will be rocking tonight. Florida State has said all week that the noise factor won't be an issue but whether or not that's true remains to be seen. This is a young Florida State team and they haven't faced anything like this before. Jameis Winston mentioned the environments at BC and NC State this week when he discussed crowd noise, but neither of those venues can hold a candle to the decibels at Death Valley.

“All the noise stuff, the way we communicate on the field and the way we do things, I don’t really think that’s going to be a big factor," said Winston this past Wednesday. "Momentum, from the momentum standpoint, if the crowd gets into it and their players start getting amped up, that will probably be a big factor in the game, but the noise I don’t think has nothing to do with our offense.”

And therein lies the key. Noise will be a factor the more FSU lets Clemson gain the momentum. If FSU can come out and take control of the momentum though, Jameis may look prophetic.

The pressure is on Clemson in this one. All week the vibe out of Florida State has been that FSU's fanbase is more worried about this game than the team. Part of that is just the confidence this team has naturally, the other part is the fact that Florida State is a year ahead of schedule. The Seminoles lost 11 players to the NFL draft last year and went into the season with a redshirt freshman quarterback. That they are ranked 5th and are playing in a game of this magnitude is not unexpected, nor does it mean they want it any less, it just means they stand to lose a whole lot less than a Clemson team who's window could be shutting at the end of the season.

Tajh Boyd has -- in the past -- shown a tendency to press and make mistakes when the going gets toughest. If FSU can jump ahead and force Clemson to press a bit, they will be in good shape.

Tajh Boyd and Sammy Watkins will test this Florida State secondary more than it has been tested all season. Chances are they'll win a few of those toss-ups too. That cannot discourage the back end of the Florida State defense though. If anyone on the team can pass that message along though, it's Terrence Brooks. Brooks gave up a couple of passes against the Tigers last season and took it hard. That can't happen again this year and I don't expect Brooks to let it.

As Lamarcus Joyner said earlier this week, this game will be a street fight and the Seminoles need to have their heads in the game.

This should really be number one on the list. Last year Lamarcus Joyner's 90-yard kick return changed the entire complexion of that game. Clemson's momentum evaporated and FSU took over in the time it took for Joyner to run from one end of the field to the other. Joyner is no longer returning kicks for Florida State, but that doesn't mean the weapons on both sides of this game are any less potent. If either team makes a mistake in the special teams phase of the game it could be fatal. That means no blocked punts, no shanks and no big returns.

This is a rivalry game. If it wasn't before a few years ago, it sure is now and that means both of these teams will be heated. Even disregarding the rivalry, two sets of BCS Championship hopes are on the line here. The odds of a one-loss ACC team having a say are slim to nil. That means tempers could flare and there will be a few heated exchanges. The team that keeps its cool has the definite advantage in this one. Yards will be at a premium, momentum will be hotly contested. Dumb penalties -- or worse, ejections -- will do a lot of damage. Players need to keep their heads and play smart.