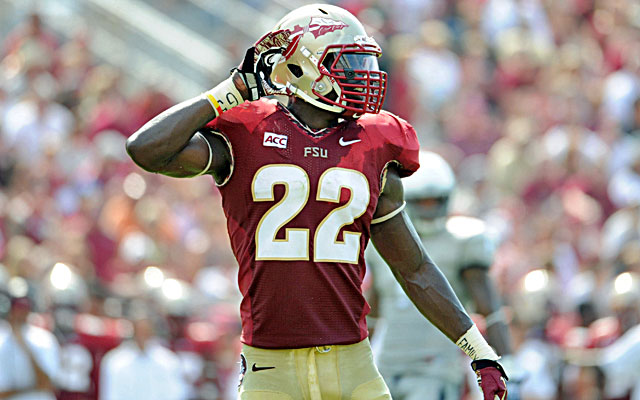 It's never too early to start talking a little NFL draft and Mel Kiper was doing just that earlier today. ESPN's senior draft analyst weighed in on a range of topics -- from NFL team needs to college scouting assessments -- and hit on a trio of Seminole seniors.

"Telvin Smith has had an outstanding year, I mean, he’s a kid who’s all over the field, another kid who’s an every-down player, good form tackler," said Kiper. "I like everything you’ve seen with him, he’s got a chance to be a second round draft choice."

Smith is the Seminoles' leading tackler with 56 stops, 6.5 TFL, a sack and an interception he returned for a touchdown. Keep in mind, FSU's defense has only played a full game twice all season -- so nobody on the Seminole defense has been putting up eye-popping statistics.

Unfortunately for Smith, this is also one of the deeper OLB classes in recent years.

"That’s the strongest position right now, I know people always say, ‘what’s the strongest, what’s the weakest?’ Right now there are more outside linebackers than I’ve seen come out in a long, long time and have high grades," said Kiper. "But it’s not going to be a case where he gets lost in the shuffle, he’s too good to be any worse right now than the fifth or sixth best outside linebacker. And you can move him and he has great versatility as well.

"The same thing goes for Christian Jones, they’re both in that mix in the top five, six, seven outside linebackers available. And that’s not even factoring the 3-4 guys, so they’re both going to both go in the first couple of rounds.”

Jones has really become more of a defensive end this season, but has lined up all over the field in his four years as a Seminole and could play end or linebacker at the next level.

As for Terrence Brooks, Kiper is not as high on the senior safety.

“In terms of Brooks he’s in that mix at safety, it’s a decent -- not great -- safety crop, I’d say right now more fourth, fifth round for him," said Kiper.