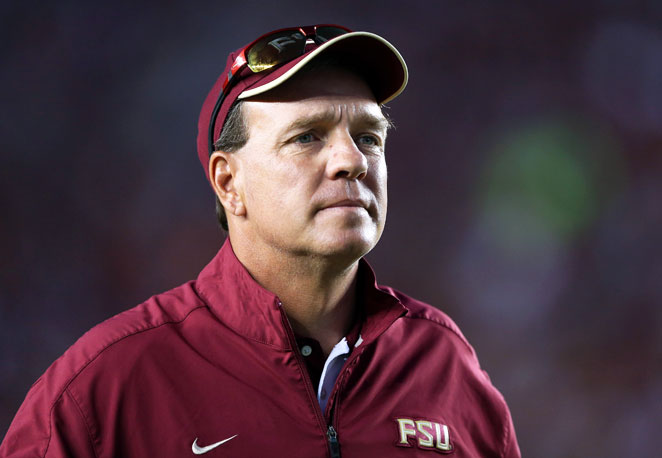 A little over three weeks after it was first reported by the Palm Beach Post's Tom D'Angelo, head coach Jimbo Fisher has finalized his contract extension with Florida State University.

"We are extremely pleased with the direction of our program and believe that this new contract will assure that Coach Fisher is in place to lead the Seminoles for a long time to come," said athletic director Stan Wilcox in a statement released earlier today.

"Coach Fisher enjoys the full support of the leadership of the university and we look forward to the continued success of our football program on the field and in the classroom."

There had been rumors linking FSU's fourth year head coach to the vacancy at Texas. It appears -- barring an absurd offer from the Longhorns -- that those rumors will now be put to rest.

Fisher's deal is reported to be in the ballpark of about 4.1 million dollars per year -- making him one of the nation's highest paid coaches. Despite being reported on during the ACC Championship game, it took several weeks before the terms could be agreed upon by both sides. One of the potential hold-ups could have been compensation for assistant coaches. Fisher had to replace half his staff following last season and may have wanted to try to avoid repeating the process again at the start of 2014 too.

Per FSU: "A copy of the contract will not be available for release until later this week, but will include a raise in annual compensation for Fisher."