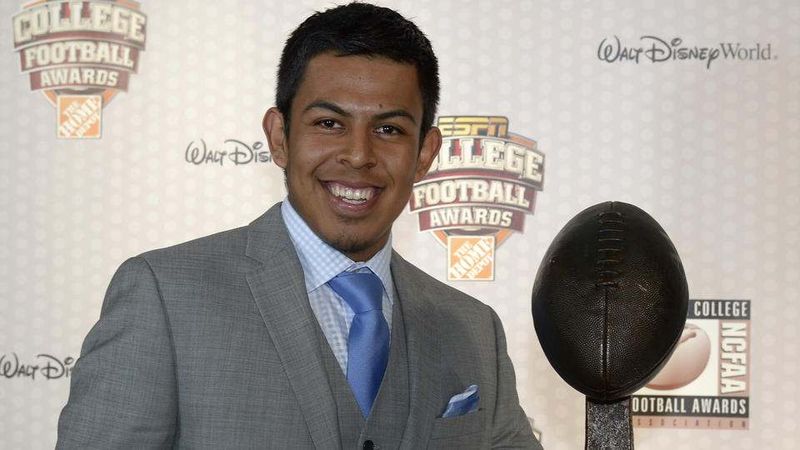 How do you replace the most prolific kicker in NCAA history?

How about by going 119/120 on your kicks and assaulting your predecessor's name in the record books?

Because that's what Roberto Aguayo did. Dustin Hopkins? Pretty good kicker. At this rate though, Aguayo will catch Hopkins' NCAA record for points by a kicker sometime in his junior year. He's already passed him on several other kicking records at FSU.

Aguayo was 19/20 on field goals and perfect on extra points this season. He scored 147 points, nine back from the national best and tops among all kickers. Perhaps more impressively, 'Berto outscored Florida State's competition by himself this season, 147-139.

On Thursday night Aguayo did something Dustin Hopkins never could, he won the Lou Groza award presented annually to the nation's top kicker.

Next up for Aguayo and the Seminoles is the BCS Championship game on January 6th in Pasadena.