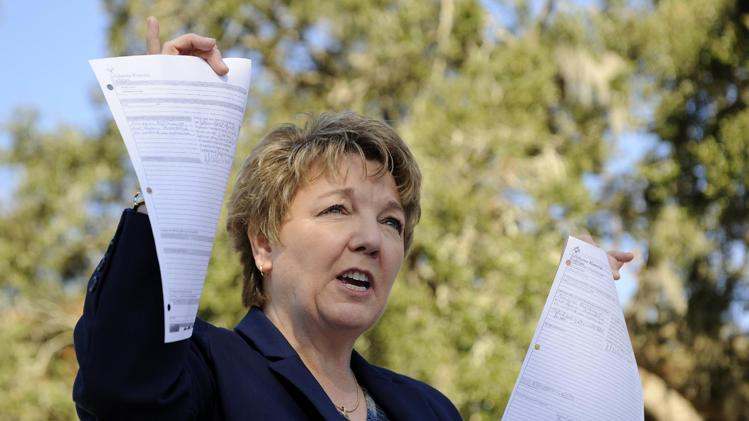 Friday provided perhaps the final -- and most bizarre -- chapter in the Jameis Winston sexual assault investigation when the attorney of Winston's accuser held a press conference in Zephyrhills, Florida.

"There is no other choice than to call upon the attorney general of the state of Florida to conduct an independent investigation into this case and the Tallahassee Police Department," said Patricia Carroll, the attorney for the complainant.

That's not going to happen though.

Per a statement released by Florida governor Rick Scott's spokeswoman Jackie Schutz: “The state attorney’s office and FDLE did a thorough investigation of this case and they concluded that no further action on this matter is required.”

The Florida Attorney General serves on the cabinet of Florida's governor, any investigation into the Winston situation would be at Governor Scott's discretion. He isn't giving it.

Carroll was asked if there would be a civil suit against Winston and told reporters that was "premature." That was before the statement from the governor's office though.

"I knew I did nothing wrong," Jameis Winston said from New York on Friday. "I knew I could respect the process and I'd eventually be vindicated. It was more about me being silent for my family because I didn't want to put my family in those situations.

Meanwhile, down in Zephyrhills Caroll listed off dozens of complaints over the investigation.

Most notably, the family doesn't believe the labwork.

Carroll claims her client was drugged via a shot she took before leaving the bar. Per the victim's own written statement she arrived at the bar with friends "Marcus and Monique." The accuser could not legally drink at the bar, but her friend Marcus (also underaged) had a way to procure drinks and she shared five or six with him.

"We were hanging mostly with Marcus' friends, one of them gave me a shot," said the written statement from the accuser.

The labwork -- blood, urine and DNA tests -- do not support that set of events though. Results showed that there were no drugs and minimal levels of alcohol in her system at the time of the incident.

"I specifically spoke to Mr. Meggs and said I don't have confidence in the validity of these tests," Carroll said.

Carroll also said she believes Winston and teammates Chris Casher and Ronald Darby were given special treatment because they are football players.

"Do I believe that complete failure of a rape case was related to the fact that this gentleman was on the football team? I do," she said.

Carroll added that she believes Casher and Darby made statements that were 'patently false' and would like to see Casher retroactively charged with video voyeurism.

As for her own client's underage drinking and the role her client's friend played in purchasing her alcohol illegally, Carroll chalked that up to normal college behavior.

Jameis Winston is in New York for the Heisman trophy presentation this weekend. On January 6th, Florida State will play for the BCS Championship in Pasadena.