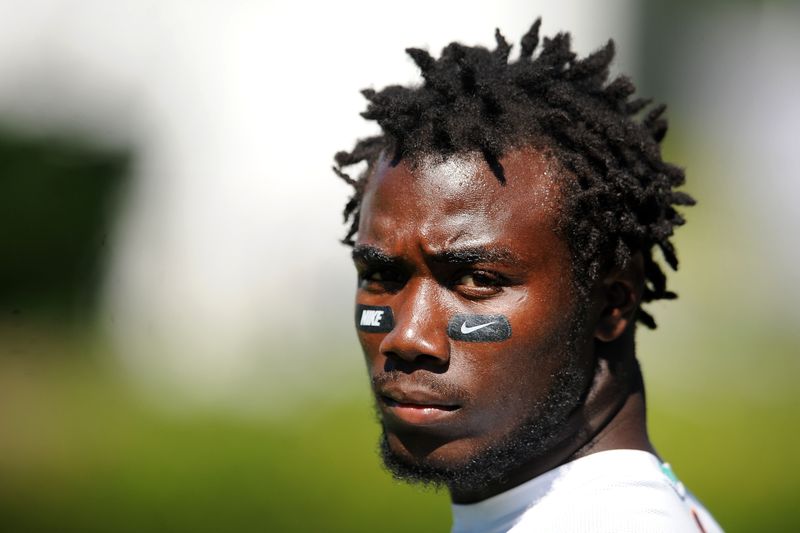 With less than 24 hours left before National Signing Day the rumors are more rampant than ever. Is Treon Harris set to decommit from FSU? Did Lorenzo Featherston's last minute trip to Miami sway him and what in the world is Malachi Dupre going to do?

Right now FSU has 27 commitments after Blake McClain opted to flip to Nebraska. Several of those verbals look tenuous at best in the 11th hour (we'll have more on that later today on the Herald's FSU blog). On the other side of the spectrum, five of the 27 have already signed their letters of intent and are currently enrolled at FSU for the Spring Semester.

Here's a look at the five players already enrolled at Florida State.

Dalvin Cook, RB - Considered by most scouting services to be a five-star recruit and one of the top backs in the nation, Cook starred at Miami Central where as a senior he was named Florida's 'Mr. Football.' Look for Cook to have a good Spring and to challenge Karlos Williams for carries come next Fall.

Kain Daub, LB - The Jacksonville Sandalwood linebacker is considered a four-star recruit and the number four outside linebacker in the 2014 class. At 6-3, 234 he has the size and measurables to contribute early and will attempt to get the jump on that with a good showing this Spring and Summer.

Trey Marshall, S - A four star safety from Lake City, Marshall is ranked in the top 200 recruits in the country by most recruiting services. Seeing the field early could be a challenge though, even with losing Terrence Brooks and Lamarcus Joyner the Seminole secondary is loaded -- especially at safety where Jalen Ramsey, Nate Andrews and a healthy Tyler Hunter will already be battling for playing time.

Kareem Are, OG - Considered a three-star prospect Are was one of the top Junior College recruits in the country. He will likely add depth in 2014 before challenging for more playing time when Tre Jackson and Josue Matias graduate following next season.

Stephen Gabbard, LS - Gabbard is a local kid that was ranked as the third best long-snapper in the country.