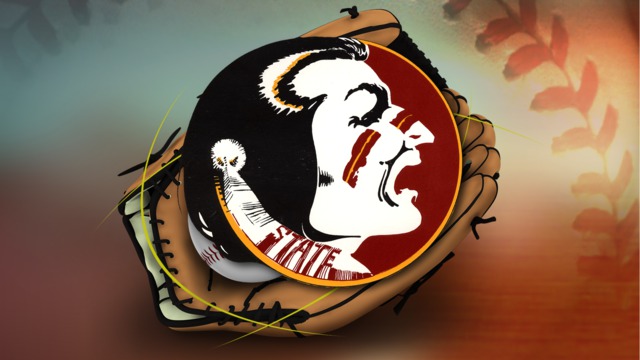 The following is a press release from Florida State University:

The Seminoles pounded out 15 hits led by senior captain Justin Gonzalez, who went 3-for-3 with two singles and a double. Gonzalez reached base on all five plate appearances in the series finale as he also drew two walks. He has now reached base safely in nine straight plate appearances heading into Tuesday afternoon’s contest at Jacksonville. The Miami, Fla., native also extended his career-best hitting streak to 12 games.

“What impressed me the most about today was the patience that we showed in the box,” Florida State head coach Mike Martin said. “That ball game wasn’t exactly going our way early, but in the third inning we have no body on and two outs and we get three walks and a base hit by Brizuela to get a couple of runs. That has a way of affecting the other club and I was very pleased with that.”

De La Calle drove in two runs on a sharp infield single to short as part of FSU’s eight-run fifth inning to break the game open. West connected on a solo shot to right in the seventh as it marked the first home run by a Seminole in 2014 and Graganella laced a two-out single up the middle in the eighth.

Sunday’s game also marked the return of starting pitcher Mike Compton (1-0), who made his first start since throwing 6.0 innings in a win over Stony Brook at the 2012 College World Series. The redshirt sophomore missed the entire 2013 season after undergoing Tommy John surgery. On Sunday, Compton allowed just one hit in 5.0 innings of work as he walked two and struck out three.

“Compton had a very good outing,” said Martin. “It is great to have him back. He is a very important part of our team.”

Compton set down the first five batters that he faced before giving up back-to-back two outs walks in the second. The Branson, Mo., native bounced right back to get Niagara catcher Joel Brophy swinging on strikes to retire the side. He then worked around a fielding error in the third and a throwing error in the fourth. De La Calle helped his battery mate out in the fourth when he gunned down Greg Rodgers trying to steal second base.

In the fifth, Compton recorded a pair of groundouts including an outstanding diving play by Gonzalez on a groundball to his right robbing Brophy of a base hit. The senior shortstop quickly got to his feet and threw a bullet over to John Nogowski at first for the first out of the inning. After another groundout to short, Compton struck out Anthony Firenzi to close out the inning.

“It’s been over a year since I last started,” said Compton. “It was great to get out here in front of the home crowd. Nerves were a little bit there in the first inning, but we had great defense and it’s all about keeping the ball low, hitting spots and letting the defense work like usual. Everything felt great; elbow felt great, there was no fatigue, no pain. It felt 100 percent so it was all good.”

Bryant Holtmann, Alec Byrd and Dylan Silva each worked a scoreless inning in relief. Holtmann gave up a two out single but struck out two in his first appearance of the season. Byrd worked around a single and a walk by getting a groundball double play and a fly out in his collegiate debut. Sylva also worked around a walk and single by recording a fielder’s choice groundout and a double play to end the eighth.

“It was great to see Holtmann throw the way he did today,” added Martin. “He is a guy we are counting on to help us this year. To see him pitch the way he did was very encouraging.”

The Noles went on top in the third courtesy of a two-out, two-run single to right by Brizuela. Niagara starter Liam Stroud (0-1) recorded to quick outs to open the inning but then issued three straight walks to Gonzalez, DJ Stewart and Brett Knief. The walks would come back to haunt Stroud when Brizuela gave Florida State its first runs of the afternoon on his two-run single to right.

The walk to Stewart extended his streak of reaching base to 30 straight games.

Florida State broke the game open with an eight-run fifth inning to take a commanding 10-0 lead. The Seminoles sent 12 batters to the plate in an inning that featured eight hits and one walk. Knief began the scoring barrage with a two-run single up the middle. After a Brizuela double and an intentional walk to Nogowski loaded the bases, John Sansone and Ben DeLuzio followed with RBI singles to left. De La Calle brought home two on his infield single to short. Gonzalez capped the scoring in the inning with an RBI single to left.

FSU added three more in the seventh for the final margin. West led off the inning clubbing a 2-1 pitch from Dienston Manuela over the fence in right for his first career home run. Casey Smit would then drive in two on a two-out double to left center.

The game was called after eight innings due to a travel curfew.

Florida State could not have asked more from its starting rotation this weekend as Luke Weaver, Brandon Leibrandt and Compton threw a combined 17 shutout innings allowing five hits and four walks, while striking out 15 Purple Eagle hitters.

“It was a good opening weekend for us,” said Martin. “It’s not something that we ever take for granted. We know how difficult it is to win three games.”