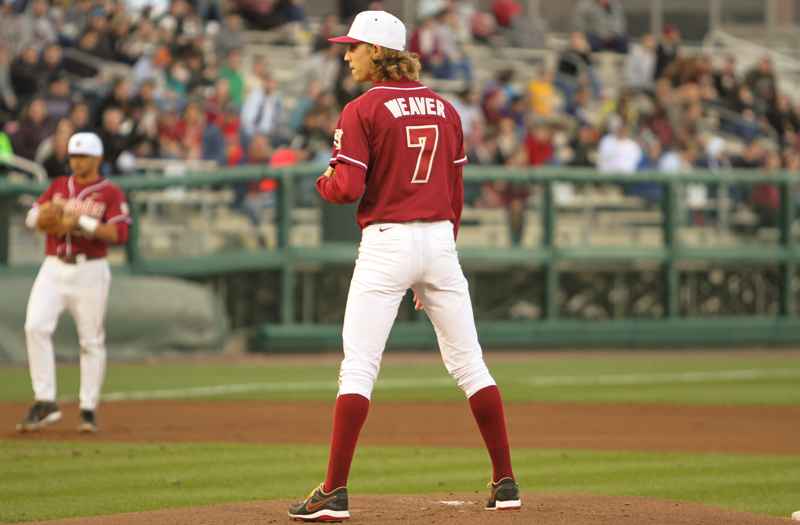 The Golden Spikes Award is presented annually to the top player in college baseball and no school has had more Golden Spikes winners than Florida State. Four Seminoles have won the honor, Mike Fuentes in 1981, Mike Loynd in 1986, JD Drew in 1997 and Buster Posey in 2008.

This year, FSU has two more chances to add its fifth Golden Spikes Award winner -- Junior pitcher Luke Weaver and sophomore outfielder DJ Stewart have both been named to the preseason watchlist as announced by USA Baseball.

Stewart has been a star since arriving on campus. Last season as a true freshman he lead the Seminoles in hts, batting average and slugging percentage while driving in 59 runs. He was named a freshman All-American by four different publications following the 2013 season.

Over the summer Stewart played in the Cape Cod League where he was named a Cape League All-Star after hitting .274 with four home runs, 11 doubles and 25 RBI in 35 games.

Weaver, a junior who became the Seminoles' ace last season, seems poised for another big season and could be looking at a first round draft grade come the end of the season.

As a sophomore Weaver went 7-2 with a 2.29 ERA and struck out a team high 119 batters in just 98.1 innings while walking just 19. He was named most outstanding player of the Tallahassee Regional after striking out a career-high 14 against Troy.

Over the Summer Weaver pitched for the US National Collegiate team, compiling a 2.14 ERA over five starts and 21 innings of work.

The Golden Spikes Watchlist is a rolling list. Currently there are 60 names on it, by midseason and updated 50-name watchlist will be released.

On May 27 the semifinalists will be announced.