Less than 24 hours until fall camp. Hope everyone enjoyed our CAMP COUNTDOWN. Posted below are individual links to the series...

GAINESVILLE -- Last season was more about learning than it was about winning for the Florida Gators. The team that won a national championship in 2006 and the team that returned for 2007 were entirely different. From Tim Tebow to Urban Meyer, everyone had something to learn. Experience came in different forms. 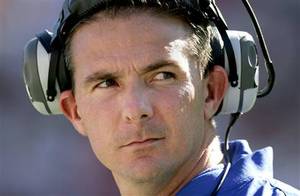 For Meyer, 2007 was the first time he had ever been a third-year head coach with a team. There were signs of inexperience. A number of Gators were arrested in the offseason following the national championship. The experience led to some in-house changes this offseason, including the hiring of full-time player mentor Terry Jackson. Distractions were limited this offseason. (Jamar Hornsby was dismissed from the team but that was addition by subtraction. Just my opinion.)

For Tebow, 2007 was about learning how to lead. He cried after losing to Georgia. The quarterback displayed a much different emotion after the Michigan defeat. He was just plain angry and admitted that his team lacked focus leading up to the bowl game.

Brandon Spikes wasn't in top form last August when the 2007 fall camp began. The experience helped him prepare his body correctly this offseason. Now, UF strength coach Mickey Marotti says Spikes is one of the Gators' most physically fit players. 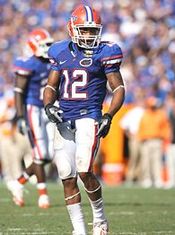 One of the Gators' starting cornerbacks was a true freshman last season and the other was still learning how to play football. As a result, Florida's secondary was the worst in the Southeastern Conference. Joe Haden [PICTURED] and Wondy Pierre-Louis begin this season as preseason all-SEC defenders.

Those are just a few examples of how the Gators begin fall camp on Monday with the experience needed to vie for a conference and national championship. All told, the Gators return 17 starters. Depth and team speed are two of the Gators' greatest team strengths this season but experience might be the most important.

"With guys leaving early now -- and our championship year we had four guys on defense leave as juniors; last year we lost Derrick Harvey as a junior -- I think the shift of leadership has to go from the young players," Meyer said. "That's a big point of discussion with our group, and already has been, that just because you're a senior, that's not entitlement. We had some issues a year ago that weren't very good for our outfit. (Tony Joiner/Kyle Jackson?) If you're a sophomore, you walk the walk, talk the talk, do everything the right way, then you're a leader."

OK, with the countdown done and fall camp set to begin. Let's have some fun and predict the two-deep depth chart for offense and defense.