« Blogging live from practice... | Main | Is Reaves' UF legacy tarnished after his arrest? »

POT HEADS TAKE NOTICE. In Gainesville there is a prosecuting attorney with a forgiving heart...CLICK ME! to find out why Ronnie Wilson didn't violate his probation when he was busted for marijuana.

GAINESVILLE -- This town of tazers in north-central Florida was once called the Berkeley of the South. I think that old reputation might be making a comeback. At least one state prosecutor is a softy when it comes to misdemeanor possession of marijuana.

According to the state attorney's office, the state's marijuana possession case against Ronnie Wilson was dropped because the prosecuting attorney didn't want to violate Wilson's probation with a "weak case." You read that correctly, folks. They knew and did nothing. 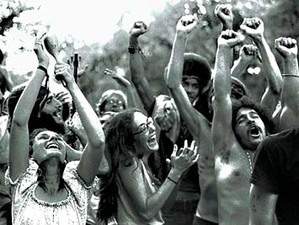 This is cutting edge stuff, people. If you can't legalize the use of marijuana, then do the next best thing, dismiss the cases. Jerry Garcia is singing in his grave. The UF admissions office should expect an influx of hippie transfers [PICTURED AND CHEERING THE MONUMENTAL WILSON CASE] from Appalachian State. Maybe the music festival Bonnaroo will relocate from Manchester, Tenn., to Gainesville. We can throw the whole big party the weekend of Florida-LSU!

The reason Wilson's case was dropped? Well, I got two reasons from the state attorney's office. A spokesman for the state told me that it was tough to prove "constructive possession" in many drug possession cases. So, the case was dropped despite Wilson being on probation for a 2007 arrest. (The nightclub battery/gun thing.)

The other reason the state gave? There was an understanding that the University of Florida was going to take over the case and impose disciplinary action. That's classic, right? Now, it's important to remember one little detail here. The school suspended Wilson from campus because of the nightclub battery/gun thing. Clean up your act and we'll give you another shot at higher education (and maybe football). Wilson was pinched for pot on Jan. 6. He began his fresh start at UF on Jan. 7, the first day of classes.